The San Antonio Spurs have made the NBA Playoffs 22 years in a row.

That’s as many years as a lot of players on the Denver Nuggets have been alive.

Monte Morris was just a toddler when the Spurs began their NBA-best postseason streak in 1996. The Denver point guard is playing in his first full NBA season, and has played a big role in the Nuggets’ success this year. And he’s only two years removed from playing college ball (he starred for Iowa State in the NCAA tournament as recently as 2017).

When asked what he expects to encounter in his first-ever playoff series against the Spurs, Morris sounded like the 23-year-old he is.

“I mean, I’m not sure,” Morris said. “I never played in the playoffs, so I don’t really know what to expect, but I mean us being young, I’m sure it could probably… I don’t know. I really don’t know, to be honest.”

Morris speaks for a lot of guys on this Nuggets team because most of Denver’s roster has no playoff experience. The Nuggets enter the postseason as the youngest team in contention -- Denver’s average age is 24.4.

The Spurs are the second-oldest team in the postseason, with an average age above 27.

With no playoff experience to guide them, young Nuggets players are leaning on veterans like Paul Millsap for guidance. At 34, Millsap is the oldest player on the team, and has years of postseason experience.

But there’s only so much he can say to prepare his young teammates for what’s ahead. 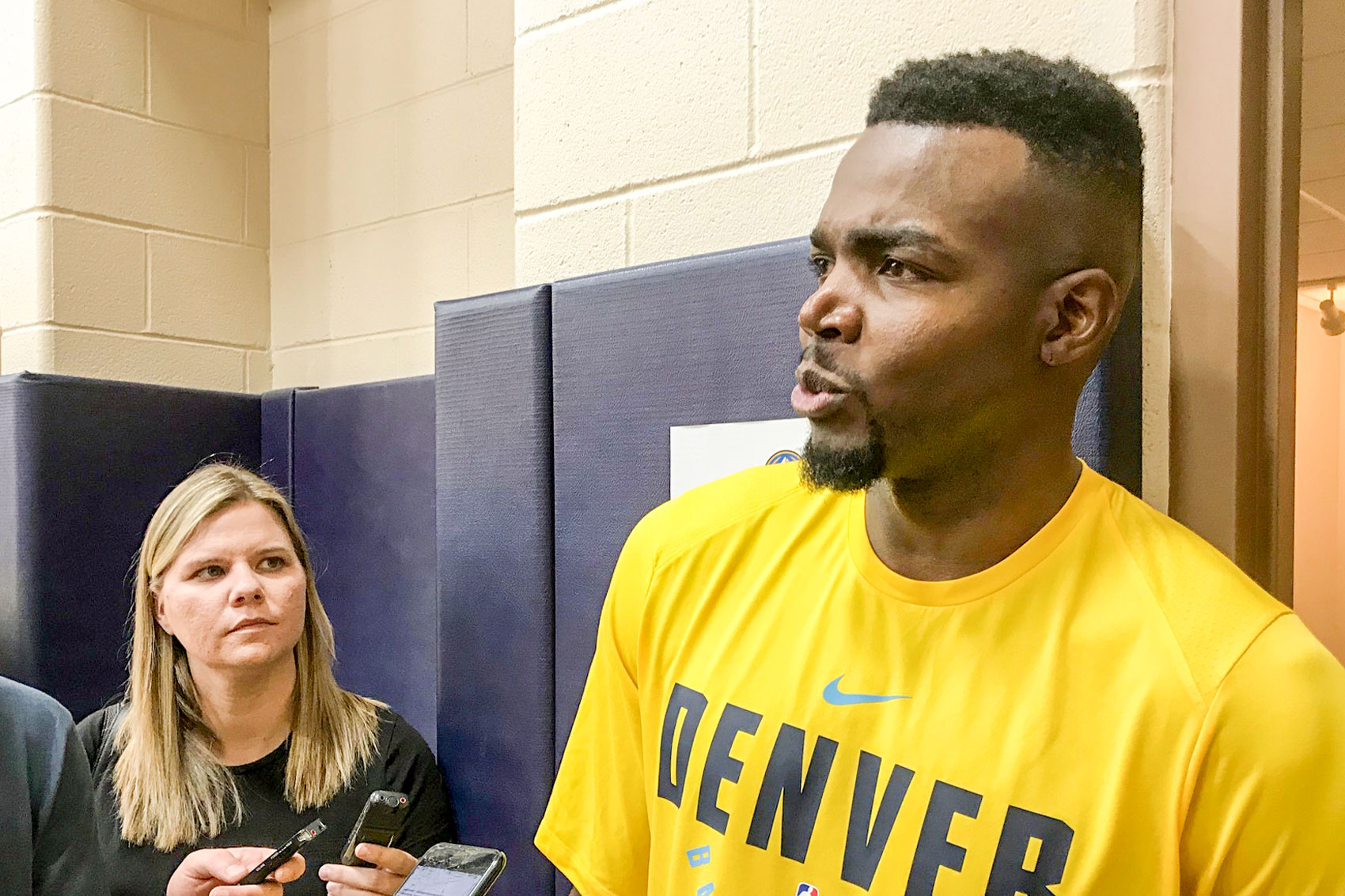 “You can talk all you want, but until you really get into it, and get into the thick of things, you can’t really understand what it feels like,” Millsap said of the playoffs. “We can teach and talk and all that, but at the end of the day they gotta get into it and feel it themselves.”

Denver earned one of the best regular-season records in basketball, and is seeded only behind defending champs Golden State on the Western Conference side of the playoff bracket. But there have been times this year when the Nuggets have looked their age. They’ve occasionally been inconsistent, sometimes giving up big leads or, bafflingly, playing down to a weaker team’s level. It took a furious, late-game comeback to beat Minnesota in the final game of the regular season Wednesday, even though the lowly T-Wolves were playing without many of their starters.

And sometimes their mouths get the Nuggets in trouble. Denver only goes as far as star center Nikola Jokic takes them. But twice last month, Jokic was ejected after arguing with officials. That can’t happen in the postseason.

Millsap says learning lessons the hard way is all part of growing up.

“Let Them Be Young”

The Nuggets can sometimes frustrate their fans with Jekyll-and-Hyde performances. But those who are around the team every day urge fans to give these young guys some space to learn lessons on their own.

“Experience is the best teacher,” said Katy Winge, a Nuggets reporter for Altitude Sports, the team’s local broadcaster. “And the only way to get experience is to go through those things, which sounds so funny to say out loud. But let’s just let this team grow. Let them be young. And let them gain some of those experiences and see how far they can go.”

Winge says Nuggets fans need to keep perspective. It’s been six years since Denver made the playoffs. And the Nuggets had one of the worst records in the NBA just four years ago. Denver’s remarkable turnaround and fast success has led to sellout crowds at Pepsi Center, but with that excitement has come expectations that are perhaps unrealistic. 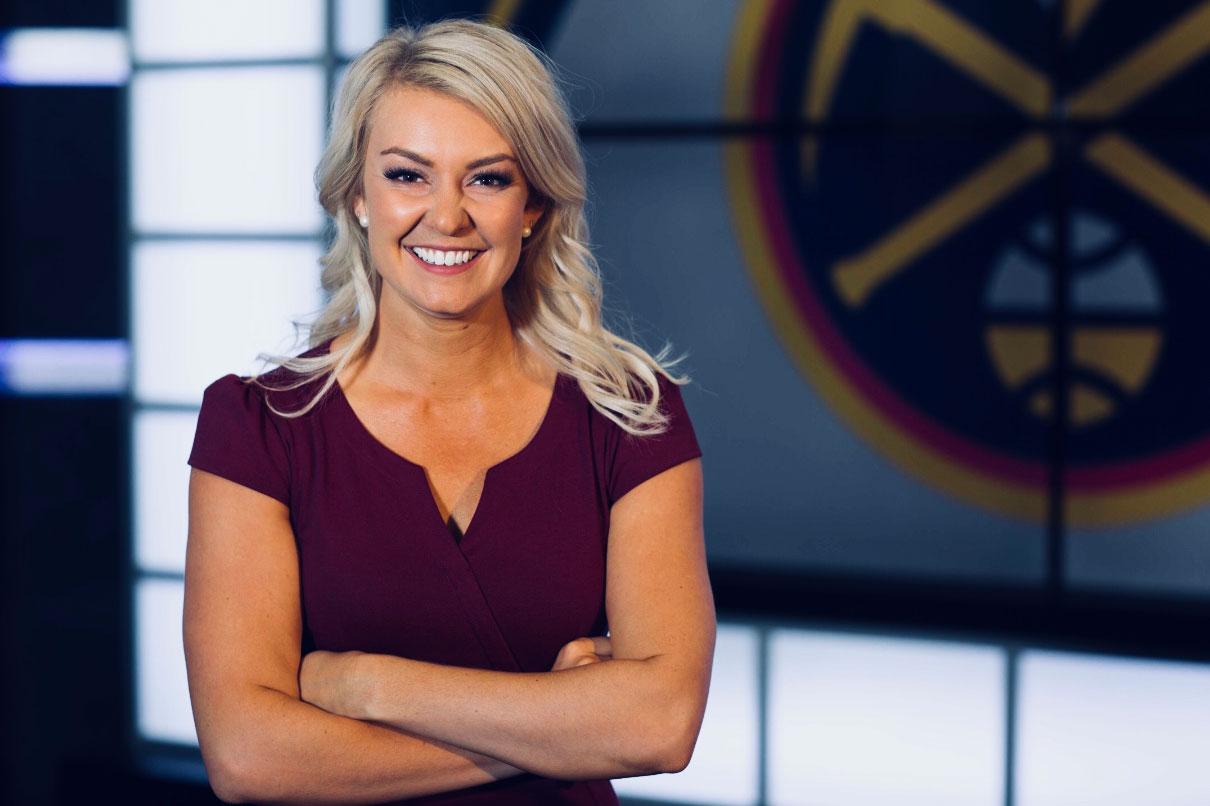 “Coming into this season, I think if you were to ask your typical Nuggets fan, ‘Hey what are your hopes?’ They would say make the playoffs. And now here we are,” Winge said. “And that’s something I’ve really taken upon myself in a lot of ways as a reporter for the team, to say look, this team is so young, when they have a bad game let’s just take a step back here and acknowledge what they’ve accomplished this season already. And most of them are 25 years or younger and we’re asking these things of them two, three years into the league.”

The Nuggets will have home court advantage for at least the first two rounds of the playoffs. Playing in front of their fans should help this young team, which went 34-7 at Pepsi Center this season, the best home record in the NBA.

Still, these youngsters know that they’re entering the unknown - an NBA playoff atmosphere they’ve only witnessed on television.

“As young people we think we can just come in and compete. But it’s not gonna be like that,” said 22-year-old shooting guard Malik Beasley, who will also be making his first playoff appearance. “We gotta know our game plan, know our personnel, things like that; make sure we get enough rest because it’s gonna be a battle every minute.”

How these young Nuggets respond in those battles will determine just how far they can go this postseason. But no matter what happens, the future is bright in Denver.

“This team is gonna be really good for a while with this core, so give them time to be young,” Winge says. “Give them time to learn and grow and gain some experience – and then if things start to fall apart, then you have every right to be frustrated and upset. But for now, you should be nothing but optimistic about this franchise and this team.