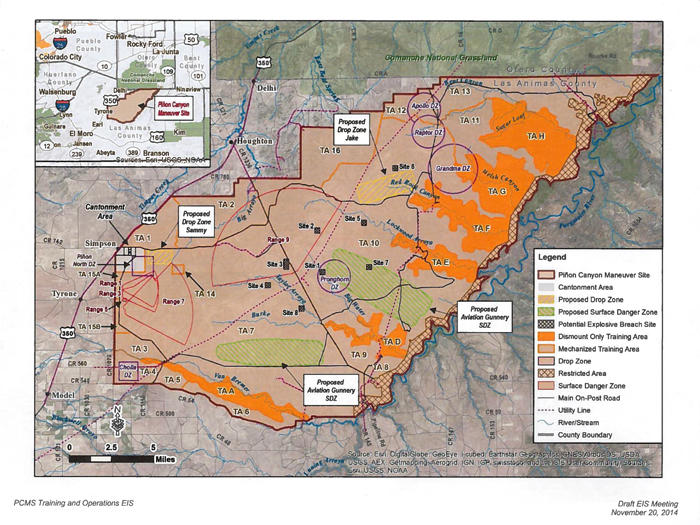 During the Cold War, the Army began making land acquisitions to develop a training site where mountain post soldiers could prepare for war in an environment similar to potential areas for deployment. The result was the establishment of the Pinon Canyon Maneuver Site, an over 200,000 acre training area in Southeastern Colorado. More than 20 years later, in 2006, the Army sought to expand the site. Instead, they met a local organized resistance, and were unable to extend their training ground.

In last week's episode of The Big Something, KRCC's News Director Andrea Chalfin spoke with UCCS Professor of Geography and Environmental Studies David Havlick and Colorado College Professor of Southwest Studies Eric Perramond. The conversation focused on a recent paper published by the two professors which studies this local resistance movement and the strategies employed by both the military and the opposition.

At the time this interview was recorded, the Army was undergoing a required review process for expanded training at the maneuver site, which has since been approved.  The Army expressly stated that the expanded training would not require a physical expansion of the site.  Many of the nearby residents say it's only a matter of time.  Others expressed support of the changes, saying that the military simply has to have somewhere to train as strategies and technologies continue to evolve.