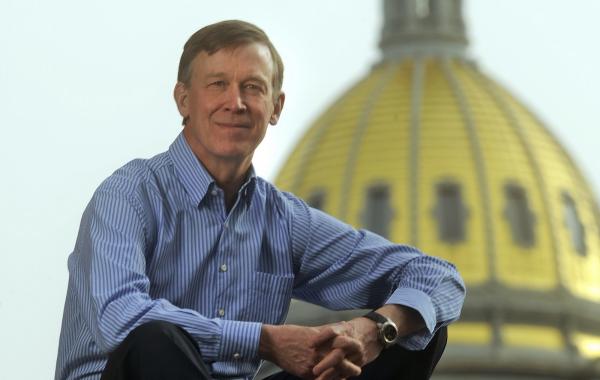 Gov. John Hickenlooper is calling for the resignation of Rep. Steve Lebsock following allegations he sexually harassed 11 people, including three who are publicly named, one of them a fellow lawmaker.

"Now that the facts are apparent, he should certainly resign," said Hickenlooper.

Lebsock, who is running for state treasurer, could not be reached for reaction to the governor’s remarks, which are exclusive to us.

Several other Democrats have called for Lebsock’s resignation, but so far he has resisted. He issued statements encouraging anyone with complaints about his behavior to enter into a formal process at the state legislature.

“I have done nothing that can be described as criminal. Nothing,” the statement reads.

House Speaker Crisanta Duran, a Democrat, responded to our reporting by calling on Lebsock to step down.

In a statement Monday, Duran outlined steps to bolster measures to prevent sexual harassment at the Capitol.

“I believe there are changes that should be made to the policy to better ensure that victims’ voices are heard, and to raise awareness about what constitutes workplace harassment and what a person should do if he or she experiences it,” she said.

Similar steps were outlined in a statement from Senate President Kevin Grantham, a Republican, Monday:

“While we have a comprehensive awareness training and reporting system in place, recent events show that we can and should do better.”

Grantham added, “Out of respect for the difficulty victims can face when choosing to speak out, we will create an online or email reporting system in addition to our existing confidential reporting procedures.”

The statements from Colorado’s leaders come in the wake of our reporting. Nine legislators, staffers and lobbyists at the Colorado Capitol alleged sexual harassment by Lebsock. That includes Rep. Faith Winters, a Democrat, who first went public in our reporting. She alleged that Lebsock allegedly suggested sexual acts to her and grabbed her at an end of legislative session party in 2016. Another Democrat, House Assistant Majority Leader Alec Garnett, said he witnessed the interaction and intervened. Former lobbyist Holly Tarry also came forward and recounted an allegation against Lebsock.