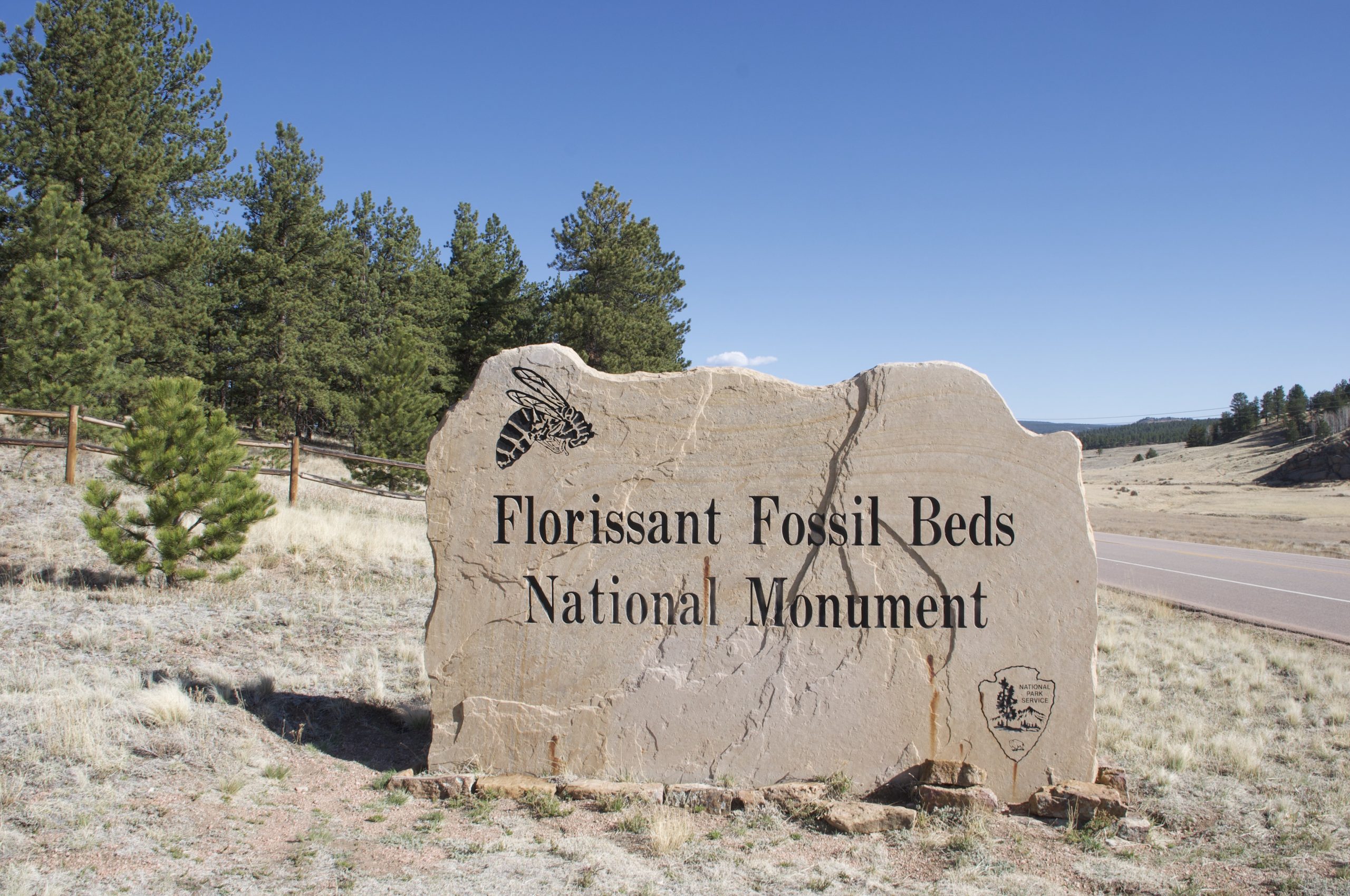 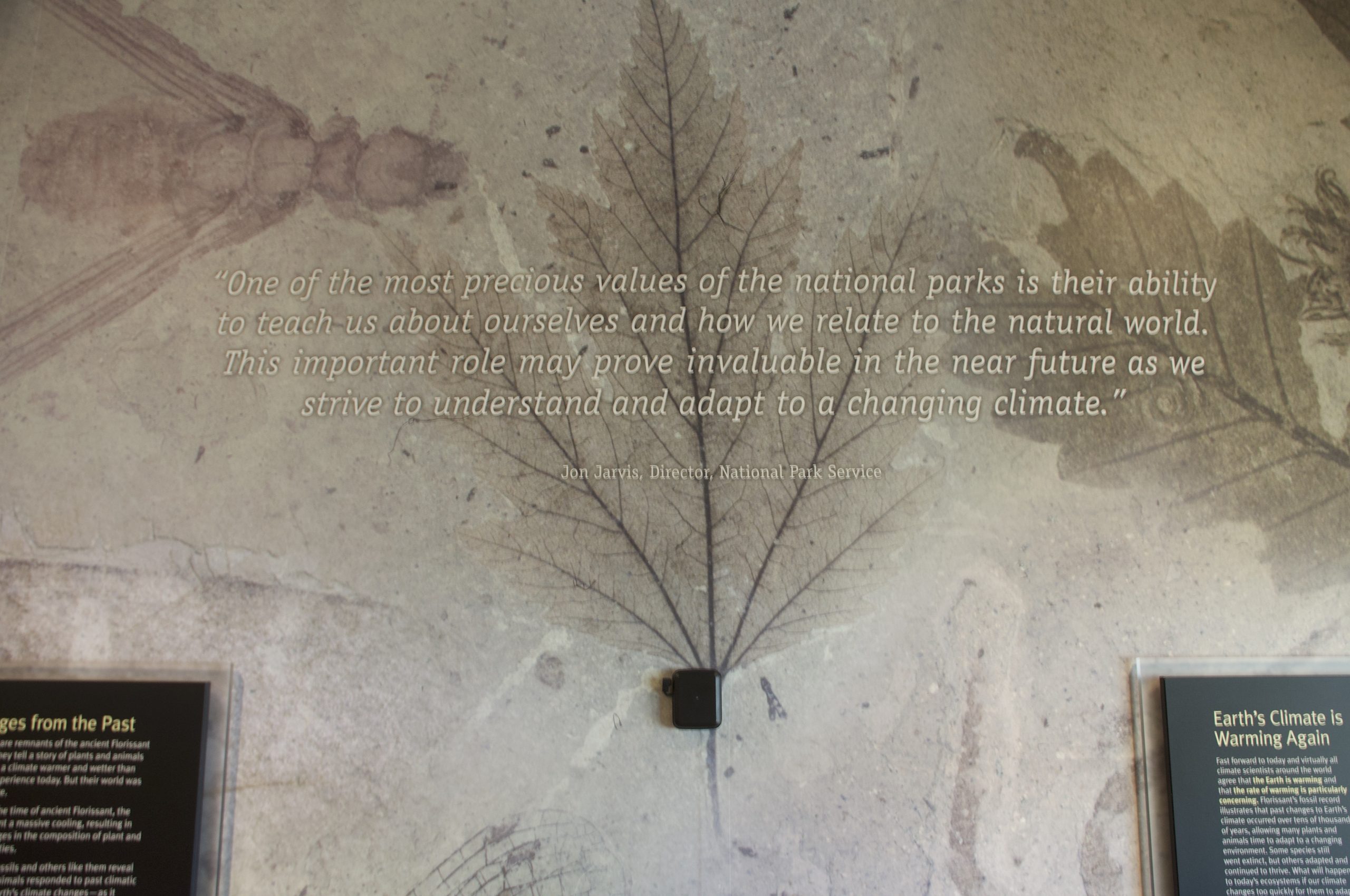 Florissant Fossil Beds National Monument is nothing fancy when you first drive in. No towering cliffs or dramatic canyons. It’s a calm, sunny valley – 6,000 acres all totaled -- of meadow and ponderosa pine forest.

It’s what blends into the landscape and what’s buried under the ground that this park is known for: fossils.

Whitney Masten, an interpretive ranger, said they have fossils of 1,700 different species of plants and insects from the Eocene period, over 34 million years ago..

For context, the dinosaurs were already long dead by then. And the earth was much hotter than it is now. Scientists believe the early Eocene was a time of abrupt global warming. Here in Colorado, the climate would have become almost tropical.

“So we're finding fossils in our collection of things like tsetse flies, which now live in Africa,” Masten said. “Gingko leaves which are in Asia.”

We start off walking on a gravel path into the meadow and Masten points out several huge stumps, petrified redwood trees.

Crazy because Redwoods thrive in more temperate lower elevations not environments like this one which sits at about 8,600 feet.

But, said Masten, “thirty-four million years ago this place looked very different. The climate was warmer and wetter. And we had these huge towering redwood trees that could have stood 300 feet tall.”

The petrified remnants of these giants aren’t flashy but they are impressive.  Just the stumps remain but they alone stand 15 feet high.  They’re striated with a rainbow of subtle hues from rusty iron to streaky white to yellows and greens.

And Masten told the story of how they became petrified.

She said you can blame it on a series of volcanic eruptions which occurred just about 15 miles from here. One of those eruptions created a mudflow that blocked off a creek.

The mudflow encased the base of these massive trees and then millions of years did their work turning them to towers of mineral – mostly silica.

In the meantime, other fossils were forming. The Florissant Valley flooded and became a giant lake. Algae grew on its surface and was periodically showered with fine volcanic ash from continuing eruptions.

Between these layers,  plants, insects and fish got trapped and fossilized. It turns out that strange things like fish poop and fish vomit also got fossilized. The official name for fossilized fish vomit?  “Regurgitalite.” It’s on display at the park’s visitor center.

Now, there were creatures larger than fish that lived here during the Eocene.

“We would have had kind of the beast of the forest,” said Masten, “which was this huge Brontothere similar to today's rhinoceros. And he would have stood about 15 feet tall.”

But most of the fossils scientists have found by cracking open the paper thin sheets of shale rock from this ancient lake bed are of plants and insects; tiny impressions of leaves or delicate carbon shadows of wasps.

One of the most famous of these fossils, Masten said, is a butterfly called Podryas persephone.

“And this butterfly,” Masten said, “was so perfectly preserved that you could see the patterns in its wings, its antennae. It's, you know, furry little abdomen. I mean it's a pretty incredible fossil.”

The detailed preservation of individual fossils like this and of an entire past ecosystem here has helped geologists and paleontologists get a clearer picture of a time on earth when global temperatures where changing dramatically. Not unlike today.