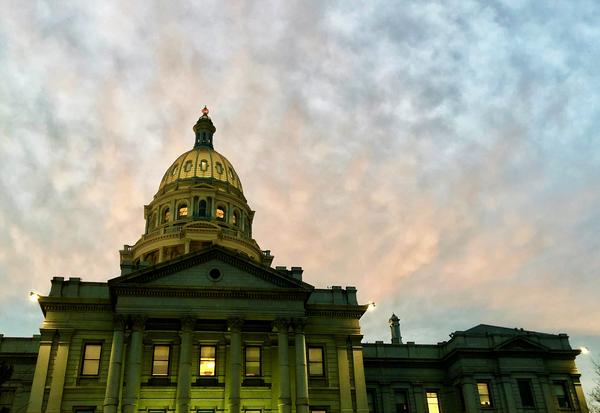 A bill that Democratic lawmakers say is needed to fight climate change has cleared its first hurdle at the state Capitol.

House Bill 1261 would set a goal for Colorado to reduce its greenhouse gas emissions by 40 percent before 2030.

It would also give a state board the authority to approve new regulations that would help the state reach that goal.

The House Energy and Environment Committee voted to advance the bill on a 7-4 party line vote.

Democrats who are pushing the climate action plan say it’s needed because climate change is shrinking the state’s snowpack and leading to more devastating floods and wildfires.

They are also citing data from the National Oceanic and Atmospheric Administration to make their case that the state is experiencing a dangerous warming trend.

Bill sponsor Dominique Jackson said Colorado’s climate has warmed by about two degrees over the last 30 years, contributing to the greatest outbreak of bark beetles in the state’s history.

She said that outbreak has killed trees, leading to more devastating wildfires.

Republicans who are opposing the bill say the private sector has the best chance of reducing that pollution, not the state government.

“There’s no doubt we have an effect on the climate, but I think our country is doing what we can and I have great faith in the innovation and technologies we’re seeing today,” said Rep. Larry Liston. “I don’t think we need the heavy hand of government telling us what we need to do and when we need to do it.”

Rep. Tim Geitner also voted against the bill. He said Amazon and Walmart are “making massive strides to reducing their carbon footprint” without being mandated to do so by the government.

The bill’s first committee hearing included more than five hours of testimony. Farmers from Palisade and skiers from the Western Slope traveled to the Capitol to support the bill. They said climate change threatens the livelihood of farmers and the state’s ski industry.

The seven Democrats on the committee voted to advance the bill. It now heads to the House Appropriations Committee for review.