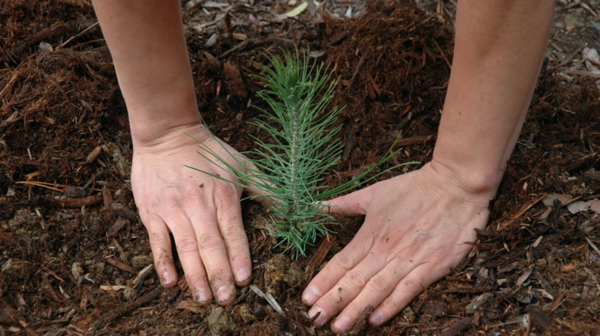 Agriculture, forestry and other land uses are responsible for about a quarter of human-caused greenhouse gases. That “land sector” holds huge potential to cultivate climate solutions, too, according to a new study.

The study, published last month in the journal Nature Climate Change, says improved land management can meet about one-third of the needs laid out in the Paris climate agreement.

“Transforming the land sector and deploying measures in agriculture, forestry, wetlands and bioenergy could feasibly and sustainably contribute about 30%, or 15 billion tonnes of carbon dioxide equivalent per year, of the global mitigation needed in 2050 to deliver on the 1.5 °C target, but it will require substantially more effort than the 2 °C target,” the study says.

One method is to increase the amount of carbon in the soil, and one way to do that is by switching to perennial grains and keeping plants in the ground, says Keith Paustian, a professor in soil and crop sciences at Colorado State University whose research is cited in the study.

“As we increase the storage of carbon in soil organic matter, that represents an actual removal from the atmosphere,” Paustian said.

He says this approach could also be good for farmers’ bottom lines.

“Can farmers—in addition to producing grain—can they if you will sell carbon offsets?”

New technologies are also moving forward to try to tackle the issue, including enhanced root systems to reach deeper into the ground.