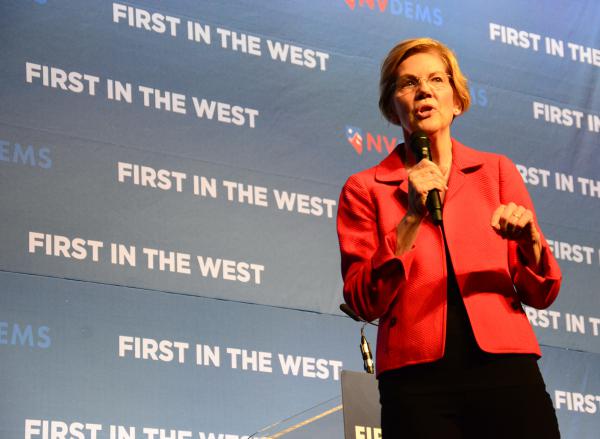 The first wave of Democratic voters will soon be making their choice for who they think should be the party’s presidential nominee. Nevada is the first state in the West to weigh in. It’s also the most diverse, making the Silver State more of a bellwether than other early voting states.

“We are a blueprint for what the rest of the United States looks like,” says Yesenia Moya, a field organizer for the Nevada Democratic Party.

“Nevada is literally a microcosm of the rest of the states, from the diversity that we have here,” says Nevada Sen. Catherine Cortez Masto, a Democrat.

Cortez Masto was elected in 2016 to fill the seat left by former Senate Majority Leader Harry Reid. Reid recently made headlines for saying Iowa and New Hampshire shouldn’t be the first states to vote, because “those states are not representative of our country anymore.”

“Truly, if you can win Nevada, and you have a message that resonates in Nevada, then you’re going to succeed in the rest of the states,” she says.

Rebecca Lambe, a political strategist and former aide to Sen. Reid, calls the West, specifically the Interior West, “the new battleground.” Beyond ethnic diversity, she says urbanization is giving the entire region a bluer hue.

“There’s been a tremendous amount of growth over the last decade in the Mountain West,” Lambe says. “And I think that you’ve seen the West really turn to support Democrats: Colorado, Nevada, now Arizona, and I think eventually, while it’s not part of the Mountain West, is very reflective of some of these states, eventually we’ll see Texas.”

Colorado Sen. Michael Bennet, one of the 15 Democrats seeking the presidential nomination, says the shift is well underway.

Bennet says winning the White House will require campaigning in the region.

“It’s really important for us to have a Western perspective in this race, if we’re going to win these purple states,” he says.

After Nevada’s Democratic caucuses on Feb. 22, the next two Mountain West states to vote are Colorado and Utah, both on March 2, or “Super Tuesday.”

Jeff Merchant, chair of the Utah Democratic Party, says that while Utah is still a conservative state, demographic changes have him confident in the long-term prospect of flipping it blue. Utah hasn’t favored a Democrat for president since Lyndon Johnson in 1964.

“Nevadans and Utahans have a lot in common, and I think that while there are some significant differences between our states, what Nevada is going to be doing is important to all of the states here in the Western United States,” Merchant says.