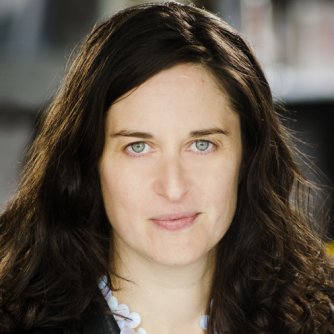 Education: Bachelor’s degree in English literature from King’s College, Cambridge (UK); Master’s degree in dramaturgy, Central School of Speech and Drama, London (UK).Professional background:Chloe joined Colorado Public Radio in 2013 as editor of CPR’s Arts Bureau. Her experience in arts reporting spans more than a decade, having served as a freelance arts and culture reporter and critic for several national and international publications, including the Los Angeles Times, the Wall Street Journal, the Economist, The Daily Telegraph, BBC Music Magazine and American Theatre Magazine.Before landing at CPR, Chloe was the host and producer of “VoiceBox,” a weekly, syndicated public radio and podcast series out of KALW, San Francisco that explores the human voice and the best of the vocal music scene. While working on the series, Chloe also participated in two fellowships, including the John S. Knight Journalism fellowship where she focused on ways to engage the community through the arts, and the Stanford University Humanities Center fellowship. Prior to that, Chloe was an arts correspondent for The New York Times, which followed her five-year stint as the chief theater critic for SF Weekly.Outside her journalism career, Chloe is an accomplished performer, having sung and played the oboe in several chamber ensembles and orchestras in the San Francisco Bay Area.Awards: In 2012, Chloe won the Belle Foundation Artistic Excellence Award. She also earned a San Francisco Peninsula Press Club Award in 2009, as well as a nomination for best columnist from the San Francisco Media Excellence Awards in 2006.In addition to her award-winning work, Chloe has been selected to participate in a number of prestigious fellowships, including:Djerassi Resident Artists Program FellowshipStanford Humanities Center Arts Writer/Practitioner FellowshipLibrary of Congress Junior FellowshipJohn S Knight Journalism Fellowship, Stanford University (2011- 2012)TCG/Hewlett Foundation American Theatre Magazine Affiliated Writer Fellowship (2011-2012 and 2008Sundance Institute Arts Writing FellowshipQ & AWhy did you become a journalist?Culture is the glue that binds us together and helps us to make sense of the world. I became a journalist because I wanted to find ways to connect people with the important stuff that’s both inside them and surrounds them.How did you get into radio?I mainly got into public radio because I like the people; the scene is full of interesting, switched-on people who care about our planet, our communities and each other. Also, of all media, I feel like public radio has the most consistently committed and engaged audience.How did you end up at CPR?When I finished up two amazing years at Stanford University, first as a John S Knight Journalism Fellow and then as a fellow at the Stanford Humanities Center, I knew that I had to do something radical. I couldn’t just go back to my old life, as fabulous as it was. When the job of launching and leading CPR’s arts bureau came up, I quickly realized that this was the sort of once-in-a-lifetime, game-changing opportunity that would allow me to make a difference. So I leapt at the chance.