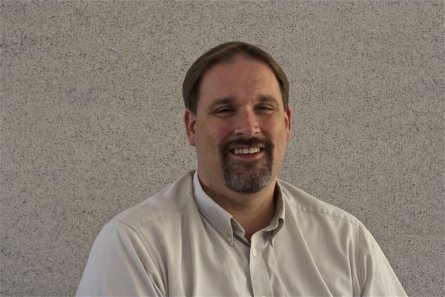 David Fender is an audio producer at Colorado Public Radio.

David has been involved in public radio since 1987, first signing on the air as a morning DJ for KNTU in Denton, Texas. He went on to fill many different roles at that station, from positions in production, news, and engineering to working as the assistant program director. He later served as the Morning Edition host for WUFT in Gainesville, Florida.Along the way, David has worked a number of other outside jobs to support his love of working for public radio stations, including managing parking facilities, driving school buses, freelance book editing, and directing liturgical readings for a Catholic parish.

In his own words …Why I got into radio:

Growing up, I loved radio’s ability to bring voices and music from all over the world into my bedroom in small-town Iowa. On cold, winter days we would listen to KMA in the mornings hoping for that rare occasion when our school would be on the list of closings, and in the springtime we’d tune in to find out whether the thunderstorms and tornadoes would blow through or pass us by.The mixture of the local and the world fascinated me. I remember getting a Mr. Microphone for Christmas one year and spending hours pretending to be a DJ over my transistor radio.I discovered public radio in high school by accidentally stumbling across one of the early episodes of “A Prairie Home Companion” one Saturday night. That lead me to “All Things Considered,” which led me to some of the specials NPR used to produce, like their versions of War of the Worlds and Star Wars. I was hooked.Later, I started college as a music major, but when it became clear that path wasn’t going to work for me, I didn’t want to give up my love of sound and music – so radio was the natural choice for me.

How I ended up at CPR:

My wife’s career brought us to the Denver area. When one of our vehicles died and we had to get rid of it, we decided to donate it to CPR. While I was on the website to find out more information about how to do that, I stumbled across the job openings, found this position, and jumped at the chance to apply and get back into public radio.