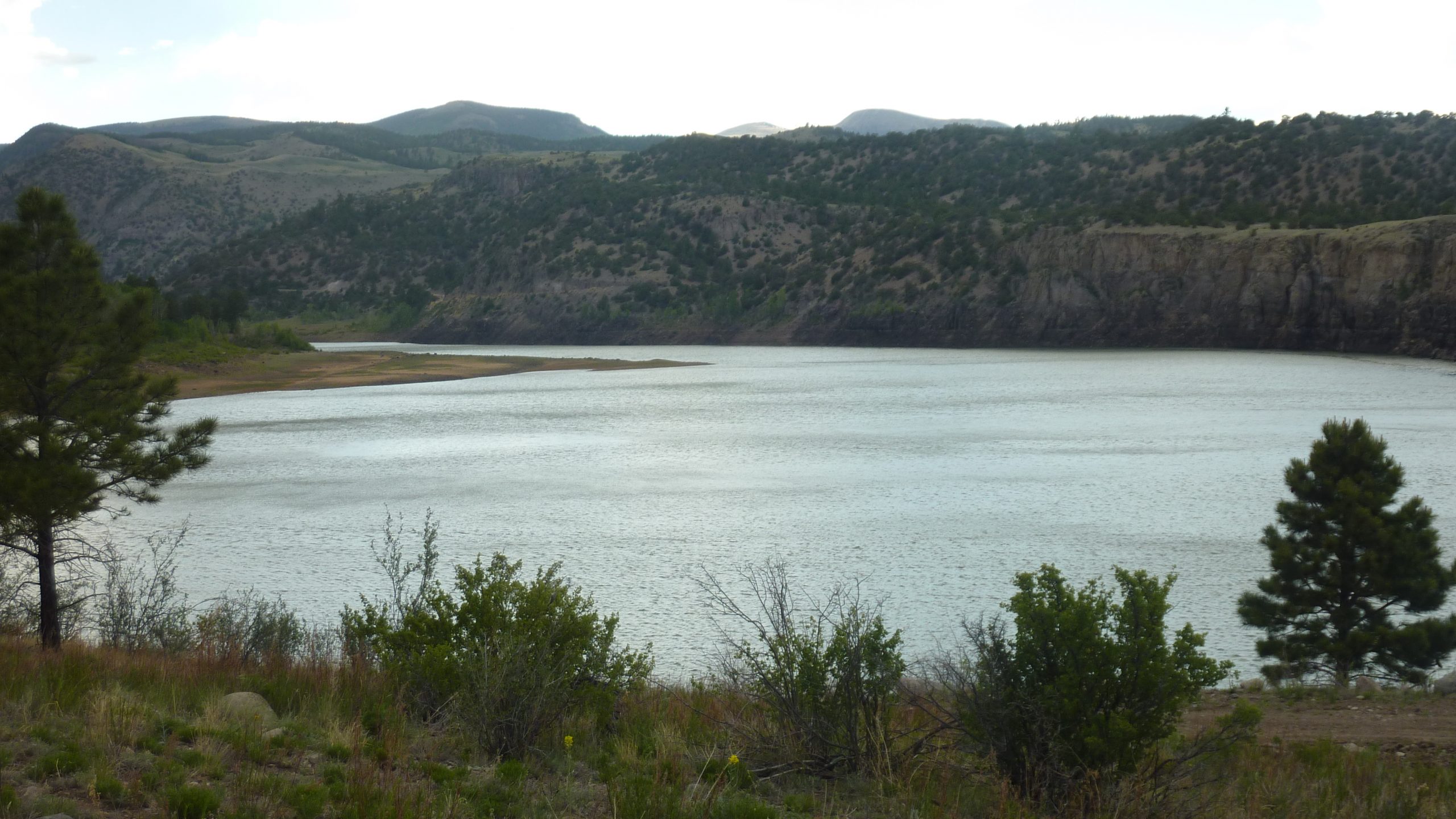 Maeve Conran The Terrace Reservior in the San Luis Valley provides irrigation water for farms downstream. It had a 2000 acre-foot restriction imposed by the state because of an aging spillway. 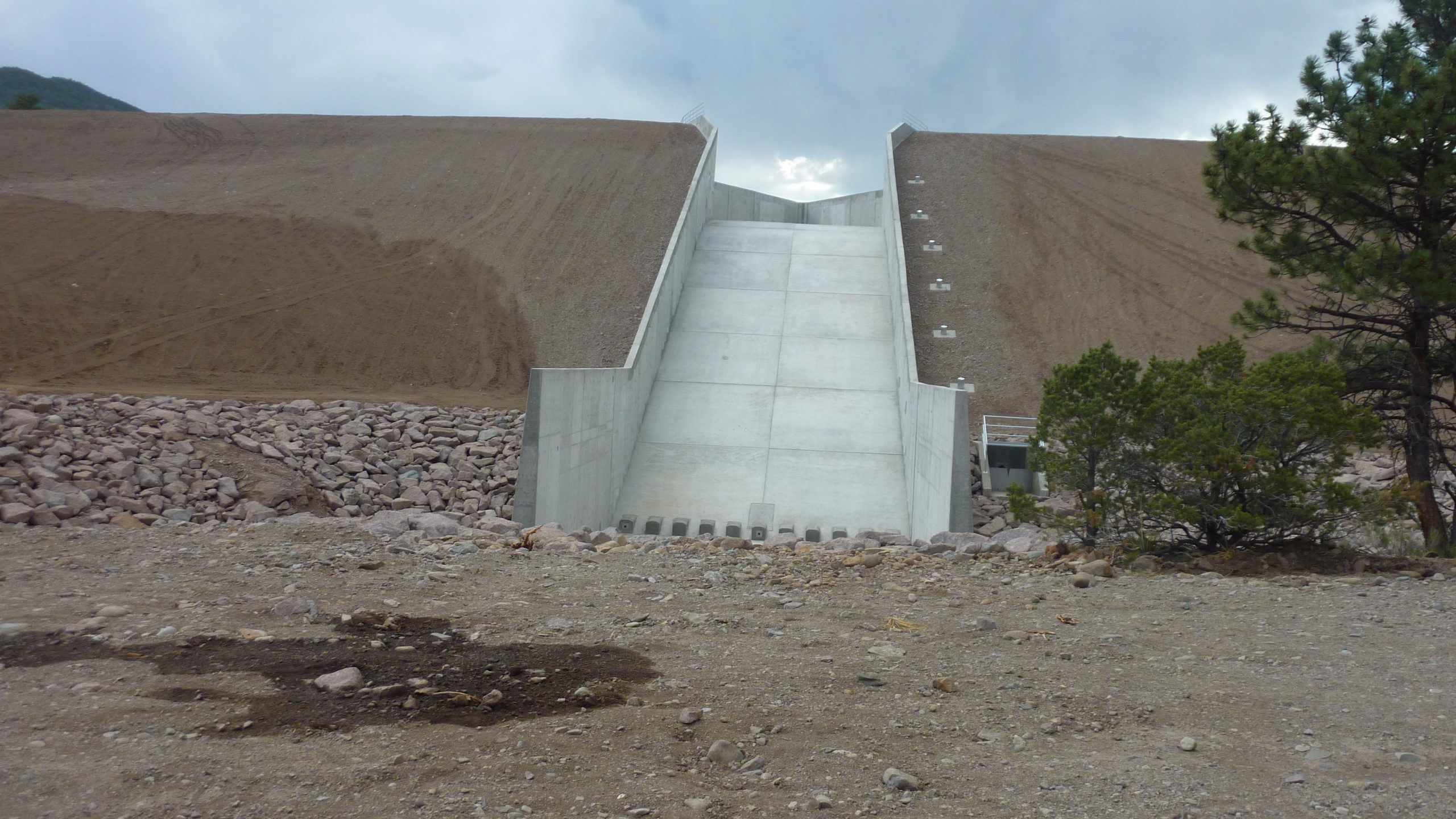 All around Colorado, new collaborations are emerging around water storage and water use.  Partnerships with reservoirs are turning out to be key in terms of environmental stewardship, river protection, and healthy communities that rely on water.  As part of our year long series Connecting the Drops, KGNU's Maeve Conran looks at some of these collaborations that have produced tangible results.

The Alamosa River in south central Colorado flows east from the San Juan Mountains toward the mighty Rio Grande.  It provides valuable irrigation water for farms in this part of the San Luis Valley, and is finally recovering after severe contamination more than twenty years ago.  That’s when the nearby Summitville gold mine dumped copper and other heavy metals into the river, killing fish and poisoning irrigation water.  Now, the rainbow trout are back, and farmers are again drawing from the river to water their crops.  The river flow peaks in late spring, but come late fall, it starts to go dry.

It’s a seasonal river, according to Cindy Medina, with the Alamosa Riverkeepers.  “And people have a hard time understanding that.”

The Alamosa Riverkeepers is a local group working to improve water quality and quantity in the river. Thanks to a new partnership, the Riverkeepers will now see more water in the Alamosa by utilizing currently empty space in the nearby Terrace Reservoir.  The storage facility faces a capacity restriction from the state due to an outdated spillway.  That’s an overflow system necessary in case a big storm dumps too much water into the reservoir.

But Medina says funds from the Summitville contamination are helping to solve that problem. “There was a natural resource damage settlement because of Summitville and so they put $5 million in a trust fund for the Alamosa watershed.”

Rod Reinhardt with Terrace Reservoir says that was key to creating this partnership.

“With the natural resources damage money and the Colorado Water Conservation Board, and several agencies working together, we got the money to build the spillway,” says Reinhardt.

In return, Terrace is putting 2000 acre feet of water back in the Alamosa River during that critically dry period of late fall, helping the river flow longer and further. Reinhardt says this type of multi-agency approach is the way forward as it benefits all parties.

"I think we need to maximize the use of all our reservoirs that we can,” Reinhardt says, “and it just takes this innovative thinking to try to maximize it and to try to solve the problems we do have."

At the time, the Yampa River in northwest Colorado was experiencing significantly reduced water levels.  This meant less water running through Steamboat Springs impacting fishing, tubing and kayaking. This in turn had an impact on local economies. In addition, a low flow rate meant rising water temperatures, affecting native fish.

Smith says the Trust was able to find a local reservoir that would sell them the water needed to help restore the Yampa.

“We bought the entire 4000 acre feet last year for $140,000,” says Smith, “and then worked with the fisheries biologist to determine at what rate to release that water downstream.“

Those strategically timed releases then benefited stream flows, aquatic habitat, recreation in the city of Steamboat Springs and even hydropower generation. Smith says efforts like this are happening around the state and are helping protect water and the communities that rely on it.

“I think there’s a future for these multi-entity, multi-purpose water transactions,” Smith says, “where you get several benefits out of every drop and if predictions come true and there is in fact less water in the state then we do need to get more benefit out of every drop.”

It’s that type of collaboration that many water managers around the state are working toward.  Smith cites a 2008 partnership between east and west slope water providers that helped improve stream flow in the Colorado River as another successful example.  And, with most of the state’s rivers under stress from persistent drought, exploring new ways to increase instream flow seems to be one way forward.

Connecting the Drops is a yearlong collaboration between Rocky Mountain Community Radio Stations and the Colorado Foundation for Water Education. Find out more at YourWaterColorado.org.