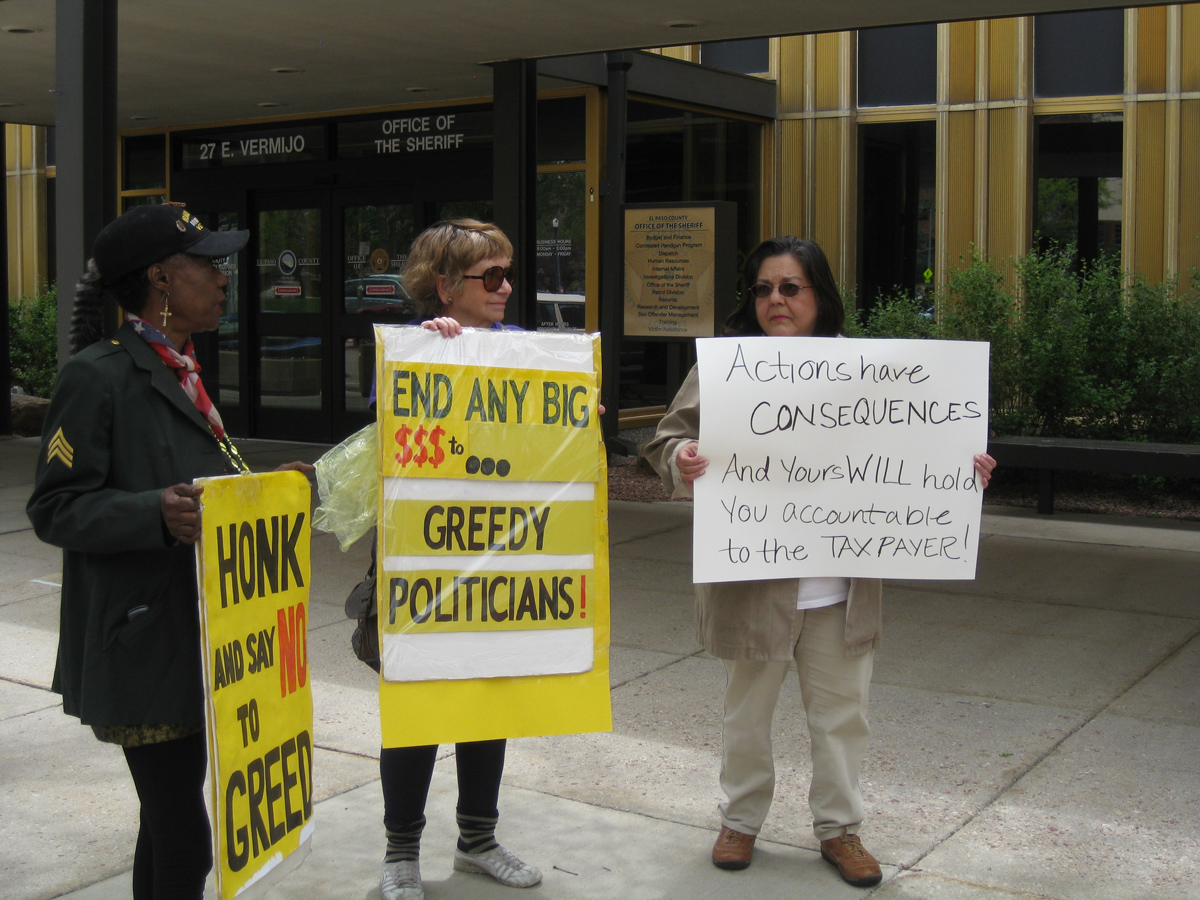 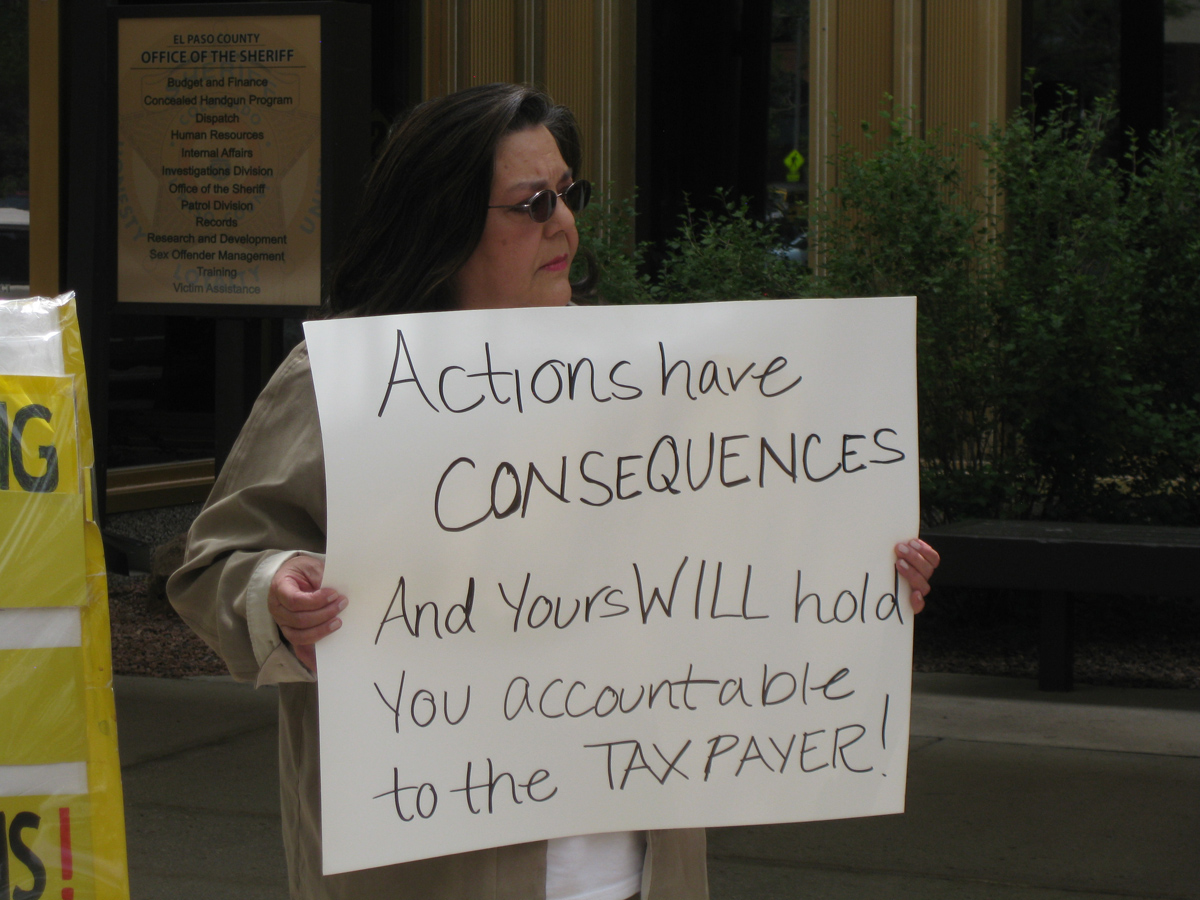 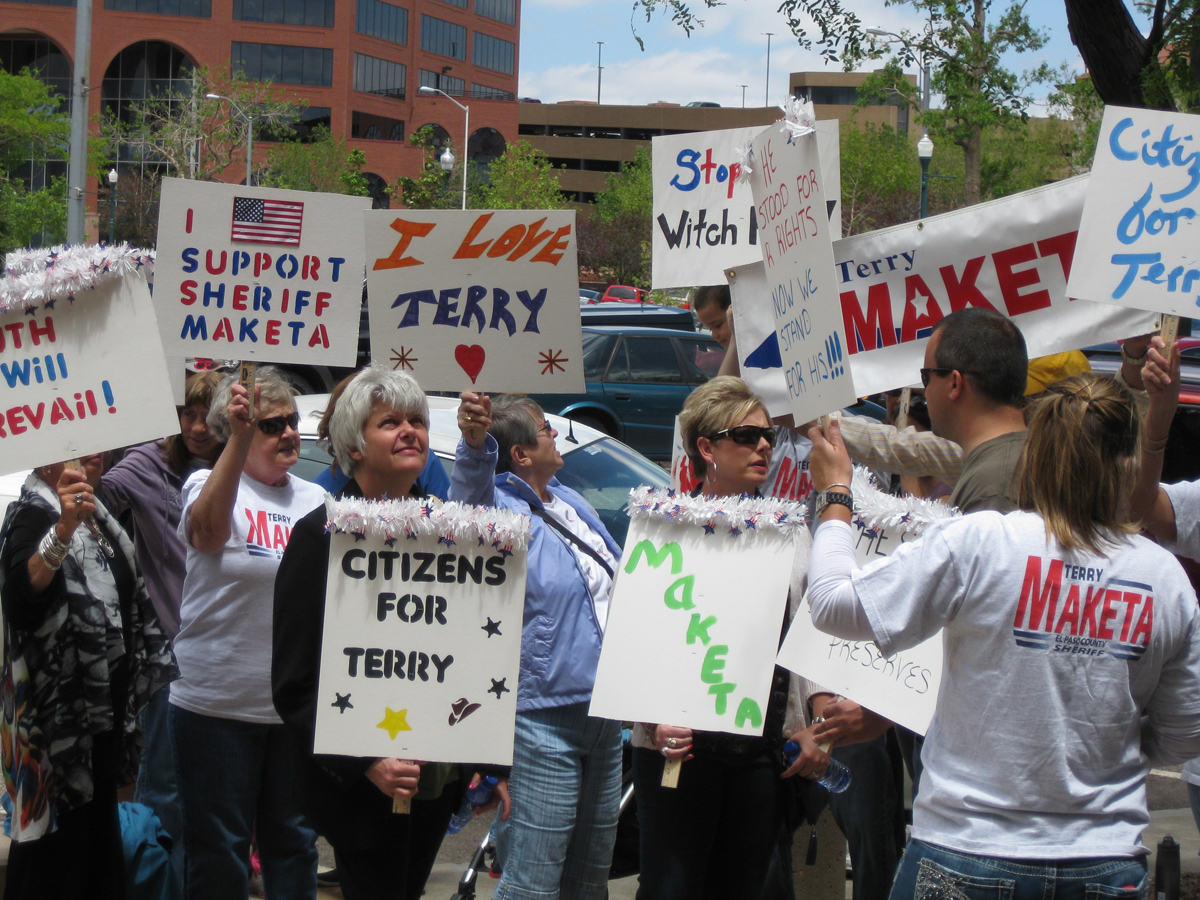 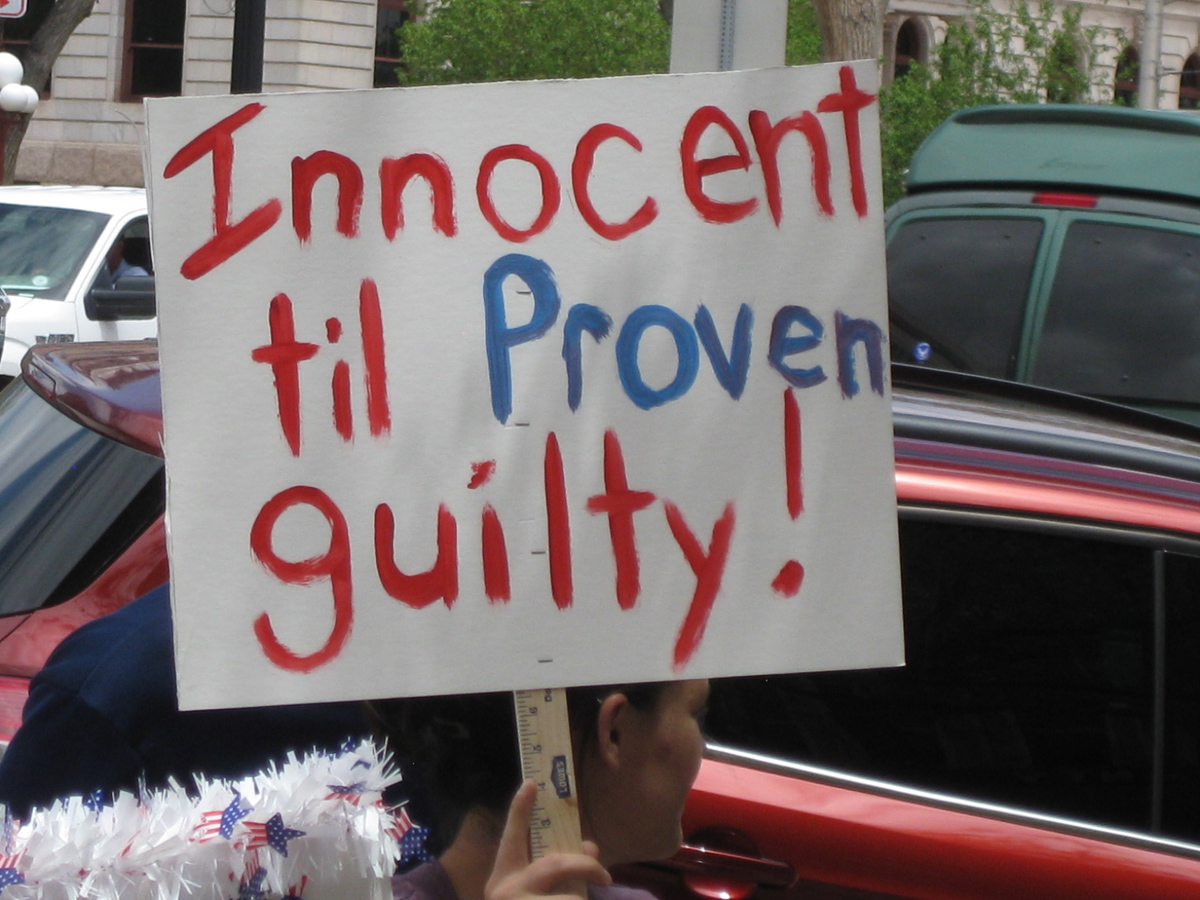 A handful of residents gathered outside the El Paso County Sheriff’s Department Thursday afternoon in downtown Colorado Springs to show their disapproval of Sheriff Terry Maketa. Maketa faces allegations of wrongdoing, including creating a hostile workplace, sexual discrimination, and budget mismanagement.  Those protesters were met by others who support the embattled sheriff.

Investigations are ongoing into the allegations and complaints made against the Sheriff, and El Paso County Commissioners recently voted unanimously to seek Maketa’s resignation.  At the time they said it wasn’t about guilt or innocence, but rather what they saw as compromised leadership and a failure to live up to high personnel standards.

Rally organizer Rebecca Duran agrees.  She says Maketa deserves due process, but Duran adds she can’t abide by the sheriff breaking the code of conduct laid out on the department’s website.

"He’s already admitted he’s done wrong," said Duran. "He’s behaved inappropriately at work, so just do yourself a favor, do the community a favor, and please resign and step down."

That doesn’t appear likely.  The Sheriff has repeatedly stated he will not step down, and reiterated his position during an unrelated press conference earlier this week.

"As I’ve said, I am staying here until this investigation is completed," Maketa said.  "There’s a lot of facts that are going to come out after this independent investigation has completed.  And I think the community deserves to hear those facts before any more judgments, executions, or determinations of guilt are made."

Maketa says he supports the investigation and that the allegations do not detract from the Department’s ability to do its job.

Supporters of the sheriff, including his wife, family and friends, held a counter-rally. His wife Vicki declined to be interviewed, but supporter Anne Marie Gary says the full story isn’t being told, and calls recent events a witch-hunt.

"No one is perfect in this world," said Gary.  "And I would not want to be the person to cast that stone. And that everyone has made mistakes, and he’s owned up to that, I think.  Nothing criminal.  He has done zero wrong that is criminal."

Gary says residents should wait until the investigation is complete before making a decision about the sheriff, and encourages supporters of Maketa to speak up.

The El Paso County Clerk and Recorder’s Office rejected a draft recall petition on Thursday pertaining to the Sheriff, saying it did not meet legal standards.  The petition can be changed and resubmitted for review.