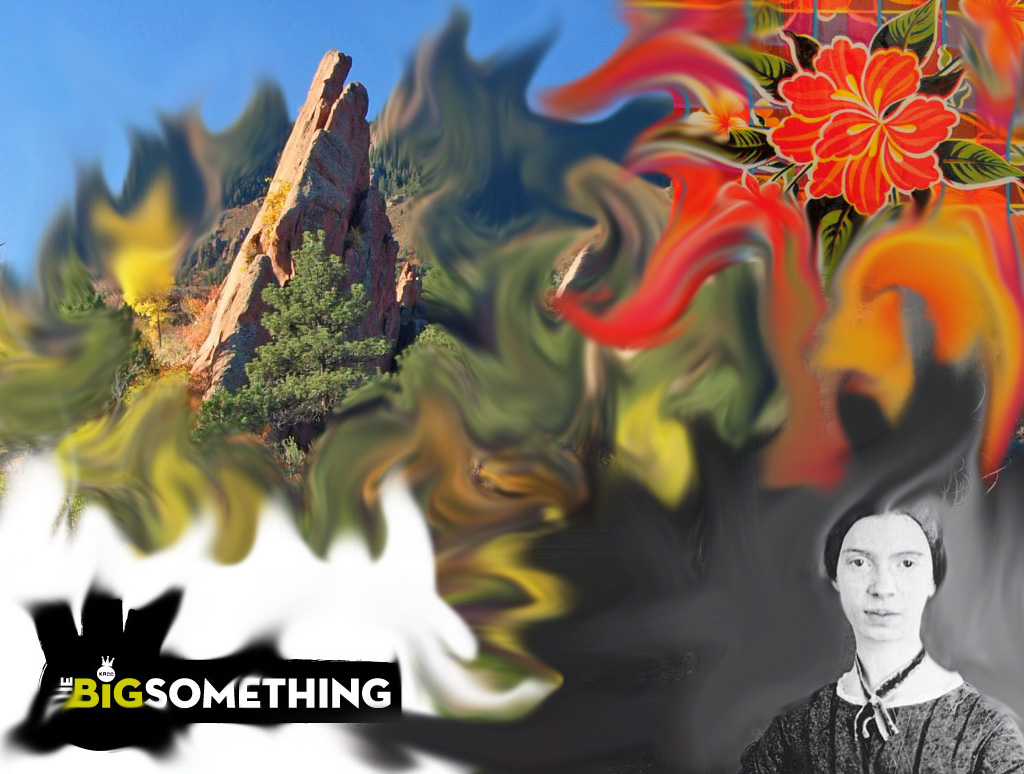 It would be hard to argue that Colorado Springs has a single greater resource than its natural beauty and access to the outdoors. As locals and tourists flock to the trails and open space after a long, rainy spring, Noel Black checked in with Susan Davies, Executive Director of the Trails and Open Space Coalition and “Hiking” Bob Falcone, President of the Friends of Cheyenne Canyon.

Though they started their lives in the same place — Amherst Massachusetts in 1830 — In many respects, Helen Hunt Jackson and Emily Dickinson couldn’t have been more different. Jackson was a world traveler and literary icon, who left New England for the fledgling western town of Colorado Springs and built a successful career as a writer of journalism, prose, and poetry. Dickinson meanwhile hardly left her hometown, and while she too was a writer, she barely shared her work with the outside world. Yet, after connecting through their mutual friend, the writer and Atlantic Monthly editor Thomas Wentworth Higginson, Jackson and Dickinson struck up a correspondence that would have a profound effect on the American Literary Landscape. As part of the Literary Walk in the Woods series (see poster with a complete list of events below) organized by Cheyenne Mountain State Park, local poet Robin Izer will be telling the story of this correspondence, and discussing how Colorado Springs’ own Helen Hunt Jackson played an integral role in bringing the famously reclusive Emily Dickinson’s poetry to the world. Jake Brownell spoke with Izer in advance of that talk.

The Gallery of Contemporary Art in Colorado Springs has long been a showcase for some of the most innovative work being made in the Pikes Peak region. Under the exclusive direction of curator Daisy McGowan, the gallery has also broadened its focus to include work being done by young, contemporary artists along the Front range with its second biennial exhibition Bright Young Things, now on display at GOCA’s downtown gallery. Featuring 8 artists working from Colorado Springs to Fort Collins, McGowan has made it a point to enlarge the frame of our regional arts community and conversation. KRCC’s Noel Black spoke with McGowan about the exhibit.

Deepa Daya was born with a significant visual impairment, and for the first half of her life was legally blind. But at age thirty, after years of being told by doctors that her condition was incurable, she found an ophthalmologist who was willing to operate, and she gained her sight. She describes it as a miracle. Deepa shared her story with StoryCorps, while the StoryCorps Mobile recording booth was parked outside of Ivywild school in Colorado Springs earlier this summer. Now 54, Deepa remembers the joy and the pain of learning to see. This story was recorded at the StoryCorps Mobile recording Unit, which stopped in Colorado Springs in June. You can hear more installments of StoryCorps on NPR every Friday morning during Morning Edition on KRCC, or at their website, storycorps.org.