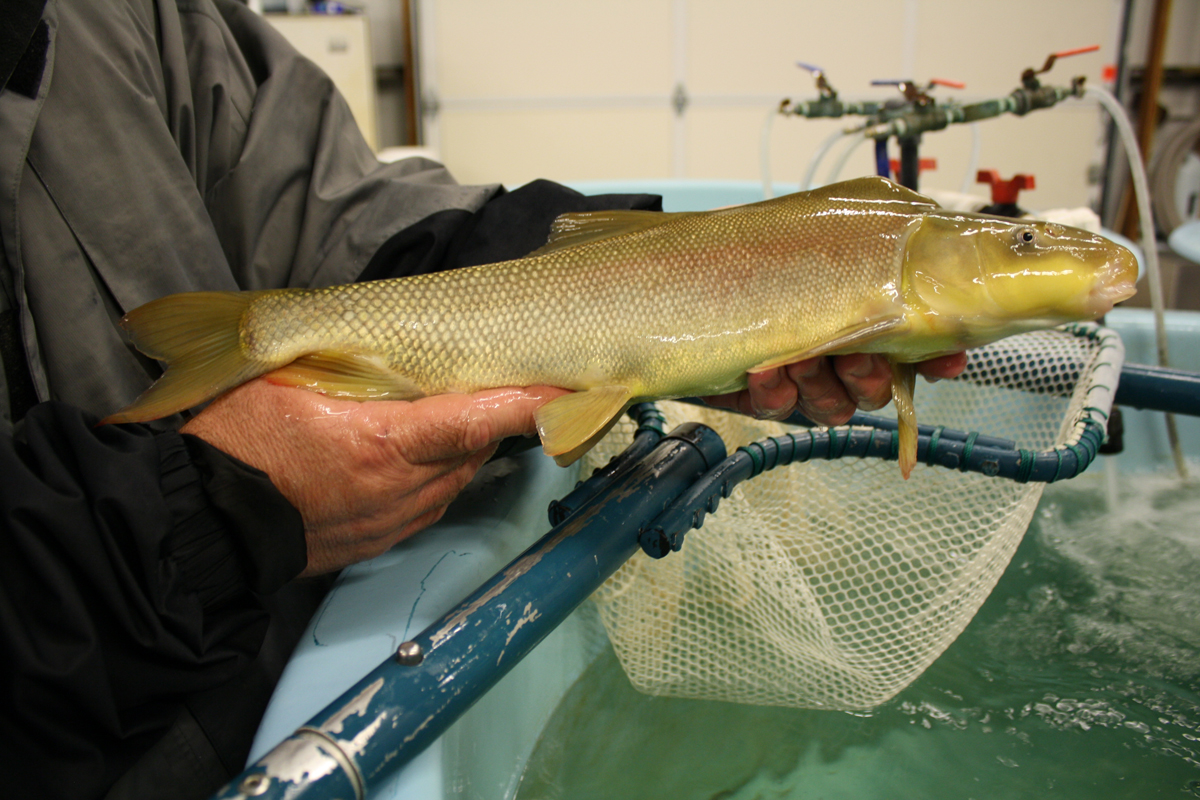 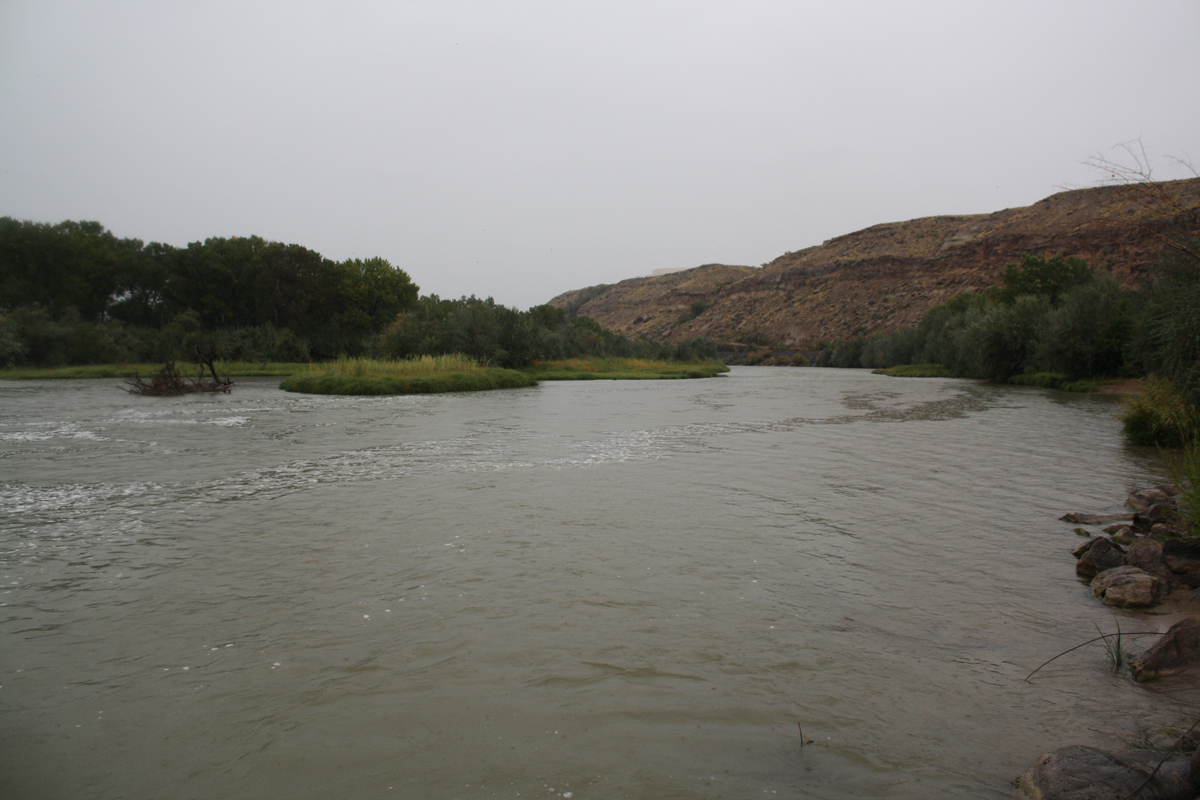 Laura Palmisano The Gunnison River, a tributary of the Colorado River, runs through Grand Junction, Colo.

Some native fish in the Colorado River and its tributaries are struggling to stay afloat.  Invasive species, dams and water diversions all complicate the recovery of endangered fish in those waterways.  One long-standing program ties together federal and state agencies with regional groups to help these cold-blooded creatures make a comeback.

A national fish hatchery in Grand Junction has 50 large circular indoor tanks, housing endangered fish at various stages of development.  Right now, the hatchery is home to two species, according to Dale Ryden, a biologist with the U.S. Fish and Wildlife Service: the endangered razorback sucker and the endangered bonytail.

The hatchery is part of a multi-state effort to save four species of fish native to the Colorado River Basin: humpback chub, Colorado pikeminnow, razorback sucker and bonytail. It started in 1988 when the federal government signed an agreement with Colorado, Utah and Wyoming, establishing what's called the Upper Colorado River Endangered Fish Recovery Program.

"Back when I first started, pikeminnow were probably doing better," said Ryden. "There were more big fish throughout the basin.  I had worked here for four years before I ever saw a razorback sucker out of the wild. They just weren't around anymore. Same thing with bonytail. Bonytail were extremely, extremely rare."

Today, the recovery program includes federal and state agencies, environmentalists, hydropower associations and water user groups. And, unlike some efforts to conserve other species, it hasn't involved litigation.

"Working toward the same goal of recovering the fish, while allowing water development to continue...  those two at first blush don't seem to go together," said Ryden. "But they've actually worked together very well."

On the Gunnison River, a tributary of the Colorado, sits a diversion dam.  It was built in the early 1900s and blocked fish from traveling upstream for nearly 100 years.  That's when, said Ryden, they put a fish ladder on the dam.

"It goes up and around the Redlands Dam and provides upstream fish passage for native and endangered fish."

The ladder is a selective passage.  Biologists use it to trap fish traveling upstream. Then they hand-sort them so only native fish can continue up the Gunnison River.

Two similar ladders have been installed along the Colorado and another is in the works on the Green River in Utah.

The ladders might help fish get to their upstream habitats, but water levels also matter.

Brent Uilenburg works for the Bureau of Reclamation. The federal agency operates the largest dams in the Western United States.

"There's a recognition that the dams and canals we operate that take water out of the Colorado River Basin have contributed to the decline of the species," he said.

According to Uilenburg, the Bureau used to control water flows to meet irrigation and hydroelectric power demands, leaving the fish high and dry.

"Basically, [the fish] require a large spring peak followed by relatively stable base flows following the spring peak," said Uilenburg. "So what we've done is to re-operate the storage reservoirs to restore it to a more natural condition."

The Bureau is also the largest single source of funding for the conservation program. But states, water developers, and hydropower associations also contribute, for a total of more than $350 million over the past 25 years.

That funding helped the Grand Valley Water Users Association in Grand Junction to optimize its system. Before, said Kevin Conrad, the association's operations manager, they diverted more water than necessary.

"Whatever they weren't using, it went out through spillways on the canal back to the river, but it was below a point where the fish couldn't benefit from it."

Conrad said the upgrades also help conserve water and keep it in place for the fish.

"Probably the biggest star in terms of recovery prospects is the razorback sucker," said Ryden. "Bonytail are really doing much better with the really robust stocking program."

The ultimate goal of the recovery program is to remove those four fish from the endangered species list.

The agreement for the program expires in 2023.

Connecting the Drops is a collaboration between Rocky Mountain Community Radio stations and the Colorado Foundation for Water Education.  Find out more at YourWaterColorado.org.