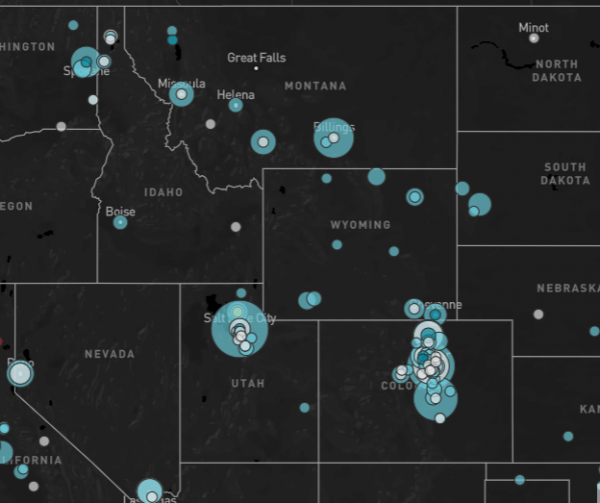 Hate-related activities are on the rise nationwide, and our region is seeing a disproportionate amount of these incidents given our population, especially when it comes to white supremacy.

Following the deadly Charlottesville rally two years ago, the Anti-Defamation League decided to publish an interactive map of hate-related events across the country. Since 2018, there have been nearly 4,000 incidents of extremism across the nation.

"Extremist-related murders in 2018 were overwhelmingly linked to right-wing extremists. And of that, the overwhelming majority of them were committed by white supremacists," says Joanna Mendelson, senior investigative researcher with the group's Center on Extremism.

The Mountain West is responsible for nearly ten percent of all white supremacy propaganda. Compare that to the population: less than five percent of the country lives in the region.

"White supremacy sadly, is on the rise. It's seen a rebirth, especially with the rise of the alt-right. It's sugar-coating the age-old hate that we've seen that existed historically, but it's refining it in a way that makes it more palatable," says Mendelson.

The Anti-Defamation League gathered data from a variety of sources, including news stories, police and victim reports, and original investigations.