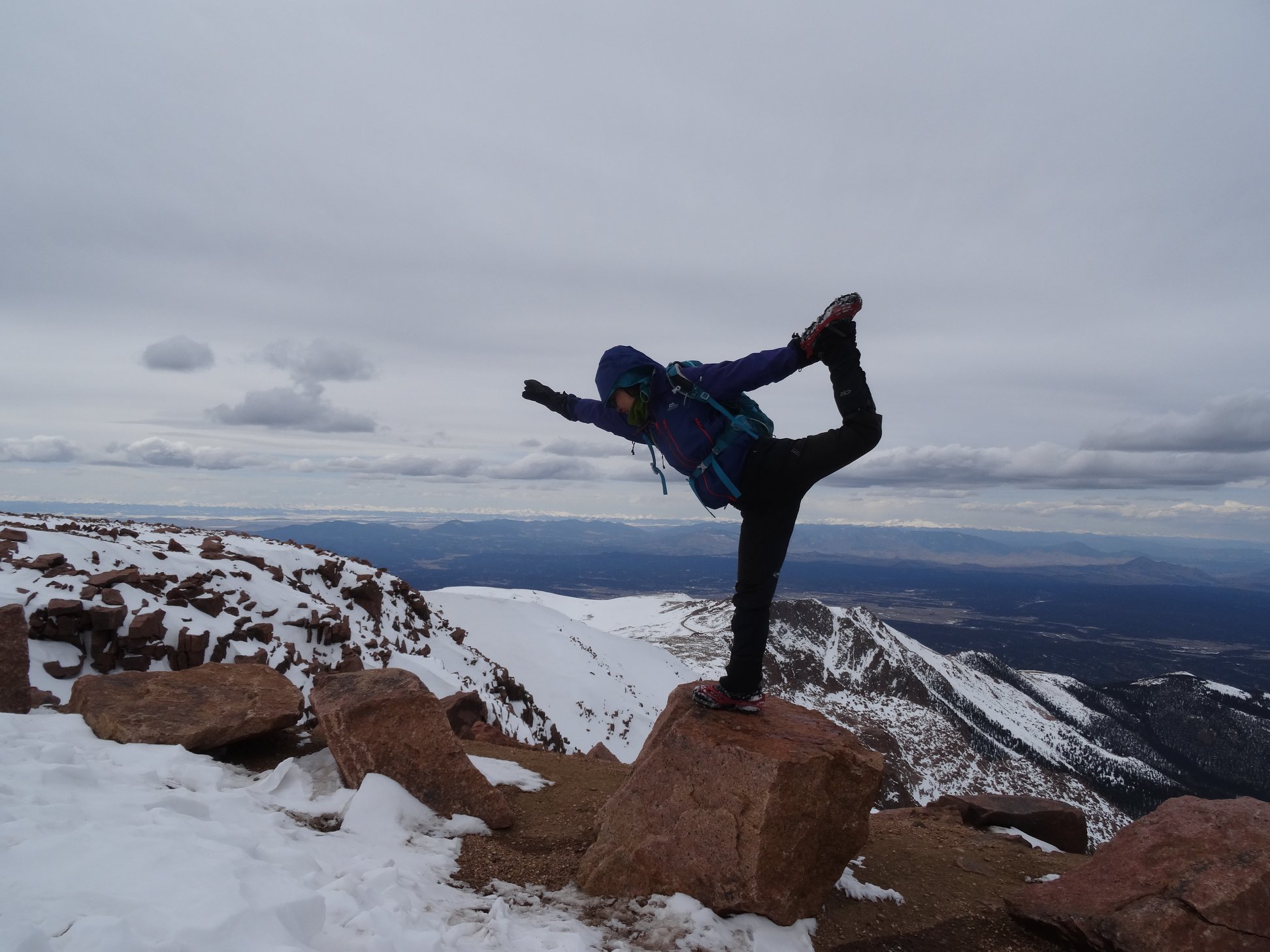 The City of Colorado Springs is gathering reflections from community members on their personal connections to Pikes Peak. It’s part of a campaign called “My Mountain,” leading up to completion of the new Pikes Peak Summit Complex next year. The city has shared audio versions of several stories with 91.5 KRCC, which we are editing for broadcast.

In this audio postcard, we hear from Ling Li:

Mostly, I did the Barr Trail because it gave me about 24 miles roundtrip and a lot of people had said that Kilimanjaro has a very similar terrain [to the Barr Trail].

Sometimes I get on the backside and do the Crags Trail. But a lot of the time now, if I can, particularly in the winter and the spring months, the snow climbs are phenomenal.

I've got a lot of climbing partners that I climb with and we tend to do the less touristy trails where there's nobody up there. Literally, I've been up there many times in the winter and the spring, and there is nobody up there.

Having grown up in England, it was very dull and gray and there weren't many sunny days. When I first came here, it was like, 'wow, it's sunny!' It's sunny every day. And there's a lot of outdoors activities here. I think that's what inspired me to really stay here — you can have the extreme mountains of Colorado and do the technical climbing, or you can do something a little bit more mild and just walk around in the small trails.

I've been training on Pikes Peak [every month] because I've had a big international climb and I just decided it's my training peak. It's right there. I have, today, 106 summits on Pikes Peak.

Pikes Peak is my mountain because it's my training peak. It's only about 20 minutes from my house and I look it up at it every day and I see it from my office and I climb it.

We’ll have more reflections as part of the “My Mountain” campaign over the next few months. Learn more about the campaign and ways to support the new Summit Complex here.