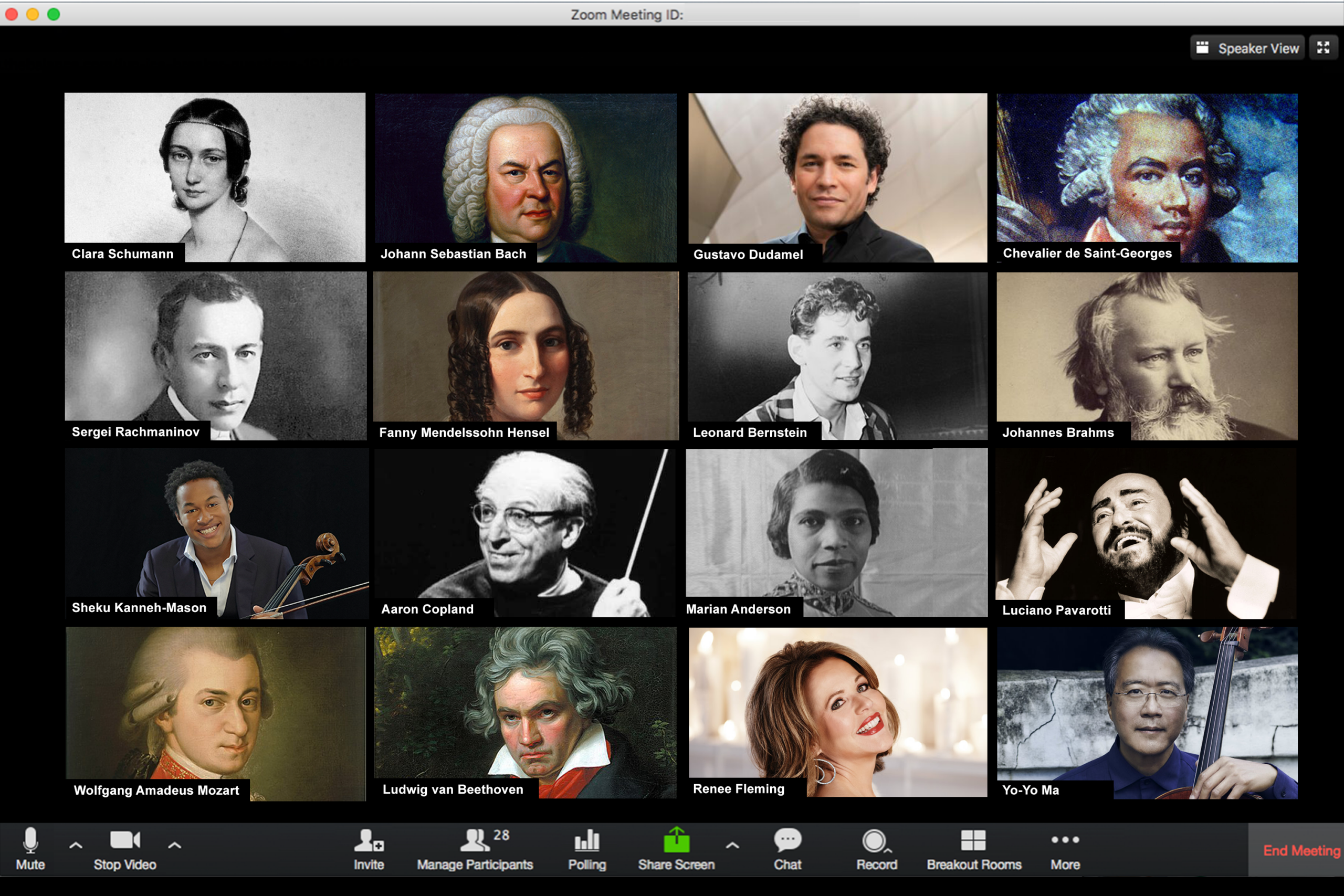 Listen this weekend starting Thursday at 2 p.m. for all the hits, favorites and “must hear” pieces in classical music. It’s one essential classic after another for over 100 straight hours!

What Makes a Classic “Essential”?

CPR Classical Music Director Jeff Zumfelde works to create just the right mix of music to get your heart relaxing, reveling, or revving this holiday weekend. And it’s all about making connections big and small. Zumfelde looks for pieces that embody the essence of classical music and he sees that as a living thing. Each year the list of essentials is a little different.

Historical threads are the starting point: music that has stood the test of time and is widely known -- Bach, Mozart, Beethoven, Brahms, the melodies most people can hum like Vivaldi’s Four Seasons or the aria Largo al factotum sung by the clever and rebellious Figaro in Rossini’s opera The Barber of Seville.

2020 is the 250th anniversary of Beethoven’s birth, so we’ll get to all his greatest hits. Count on hearing Beethoven’s Für Elise and his big symphonies like Nos. 5, 6 & 9 (Ode to Joy). Mozart is the focus of our concert series this weekend, The Symphony Influencers, with his final three symphonies played in a row, Symphony Nos. 39, 40 and 41, the last known as Jupiter. This monumental trilogy, written in a mere six weeks, set the stage for Beethoven’s musical revolution.

Tchaikovsky’s beloved Violin Concerto airs on Monday at 2 p.m. and it opens doors to other essentials. Zumfelde explains, “I can look to violin concertos written by Florence Price, where she’s clearly influenced by Tchaikovsky and a part of the continuity of telling the story of the violin concerto. And then we can play a choral piece by Adolphus Hailstork, who’s alive and writing today, but maybe wouldn’t have had the same opportunity to be exploring his voice as a composer if people like Florence Price hadn’t been given the opportunity that they were decades ago.”

Zumfelde selects some essential pieces based on where and who we are as Americans: Appalachian Spring by Aaron Copland, Symphony No. 1 “Afro-American” by William Grant Still and West Side Story: Symphonic Dances by Leonard Bernstein. We’ll hear performances that illustrate the musical riches of our state from the Colorado Symphony, Boulder Philharmonic, Kantorei, St. Martin’s Chamber Choir and the Takacs Quartet, which just debuted its newest member this summer, violist Richard O’Neill. Local soloists this weekend include pianists Katie Mahan and David Korevaar as well as violinists Yumi Hwang-Williams, Charles Wetherbee and flutist Brook Ferguson - all part of Colorado's musical lifeblood and artists who often represent Colorado on the national and international stages.

The newest Essential Classic this weekend premiered just a few weeks ago for the centenary of the 19th amendment, giving women the right to vote. CPR Classical will broadcast Stacy Garrop’s Battle for the Ballot on Saturday, September 5th at 1:00 p.m., featuring narrated quotes from white and African American suffragists.

“This is music for everybody because it’s being made by everybody as well,” says Zumfelde. “We invite people to see all of this music-making as a constant conversational stream of great stuff that we enjoy.”

Here’s more of what to expect this weekend:

Which classical music is essential to you? Let us know, send an email to classical@cpr.org

Listen to CPR Classical by clicking "Listen Live" on this website. You can also hear CPR Classical at 88.1 FM in Denver, at radio signals around Colorado, or ask your smart speaker to “Play CPR Classical.”