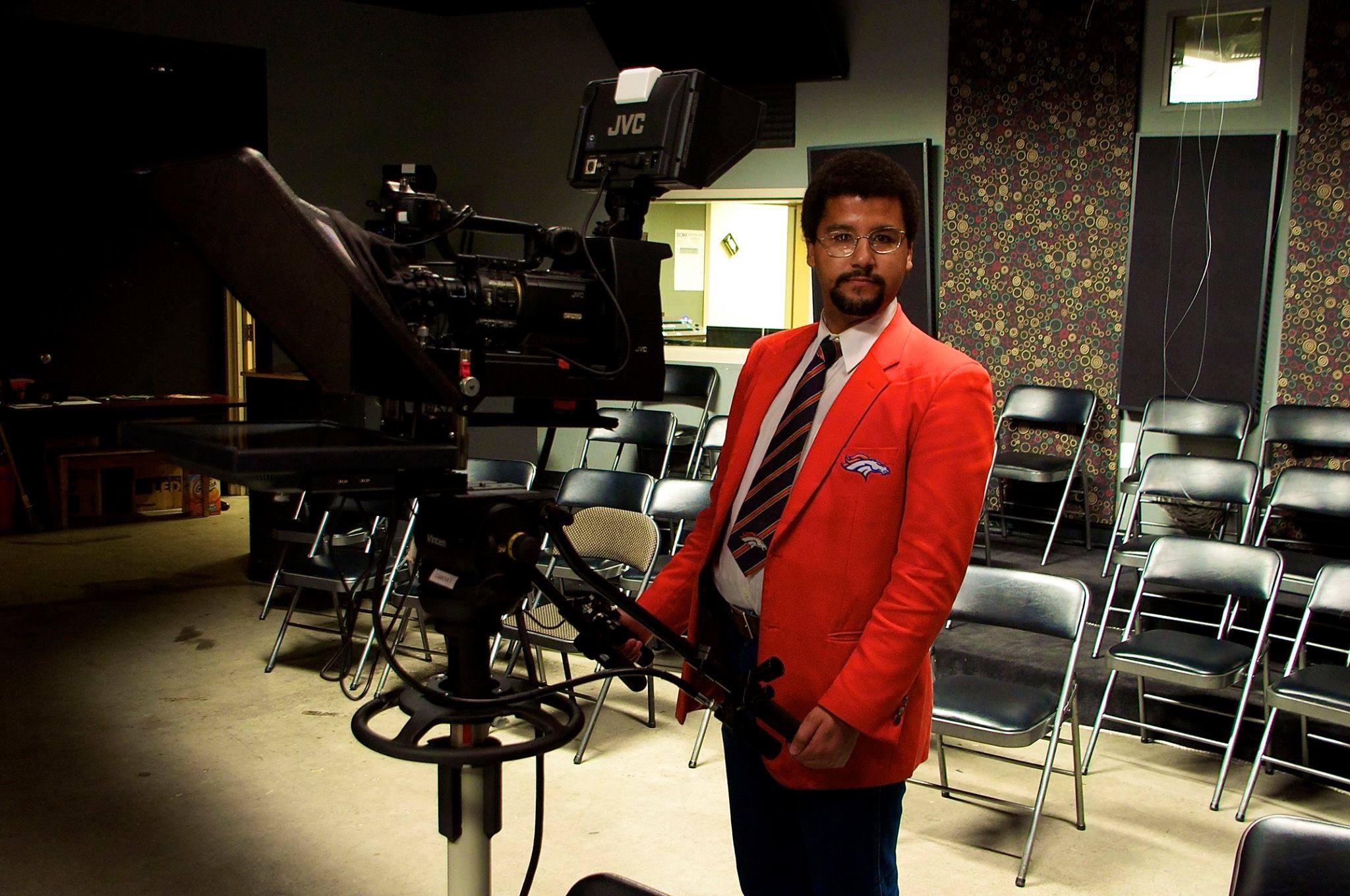 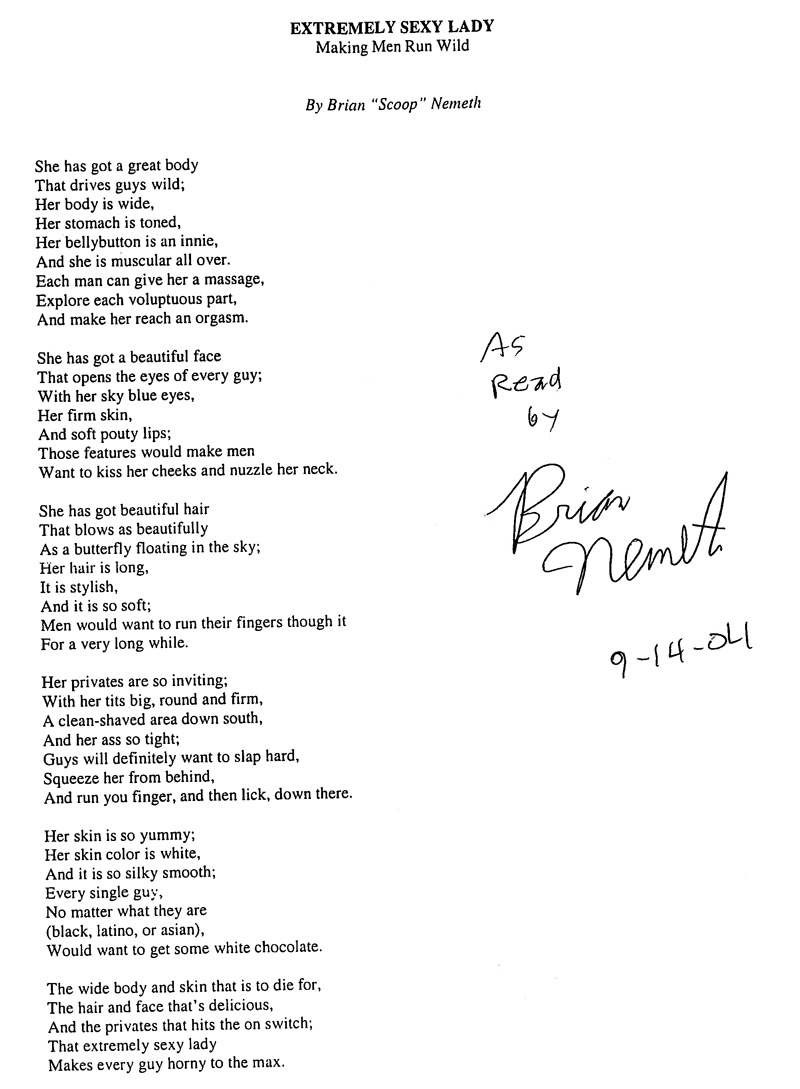 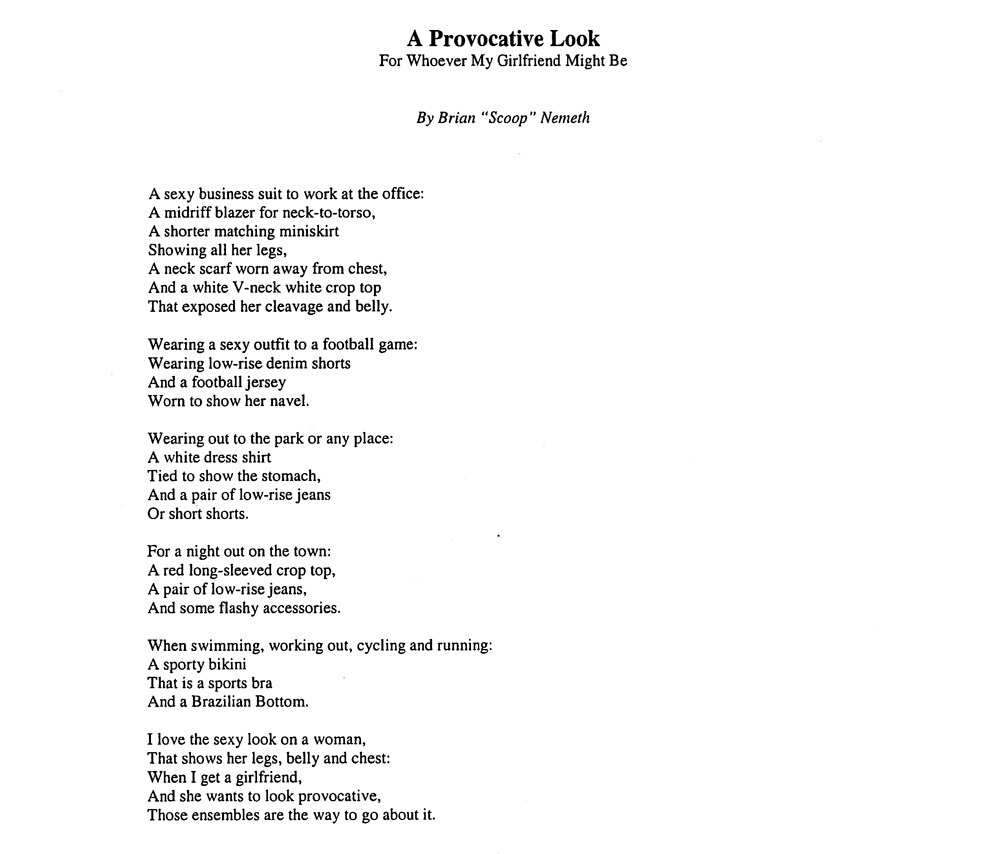 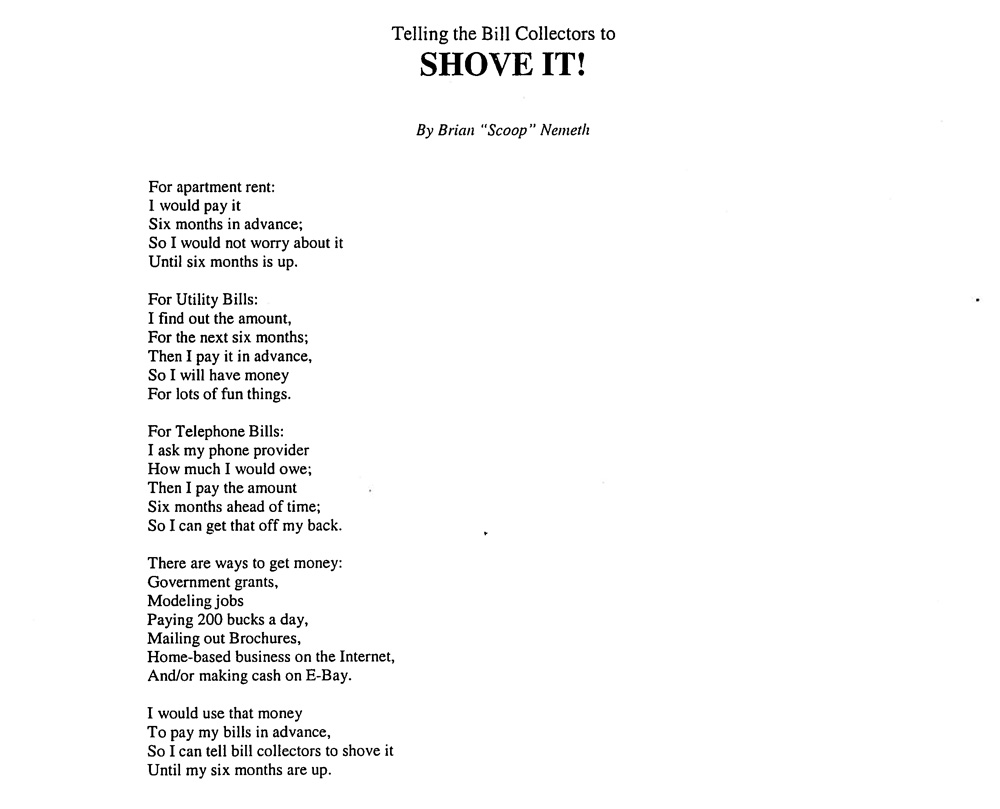 Brian "Scoop" Nemeth Telling the Bill Collectors to SHOVE IT! 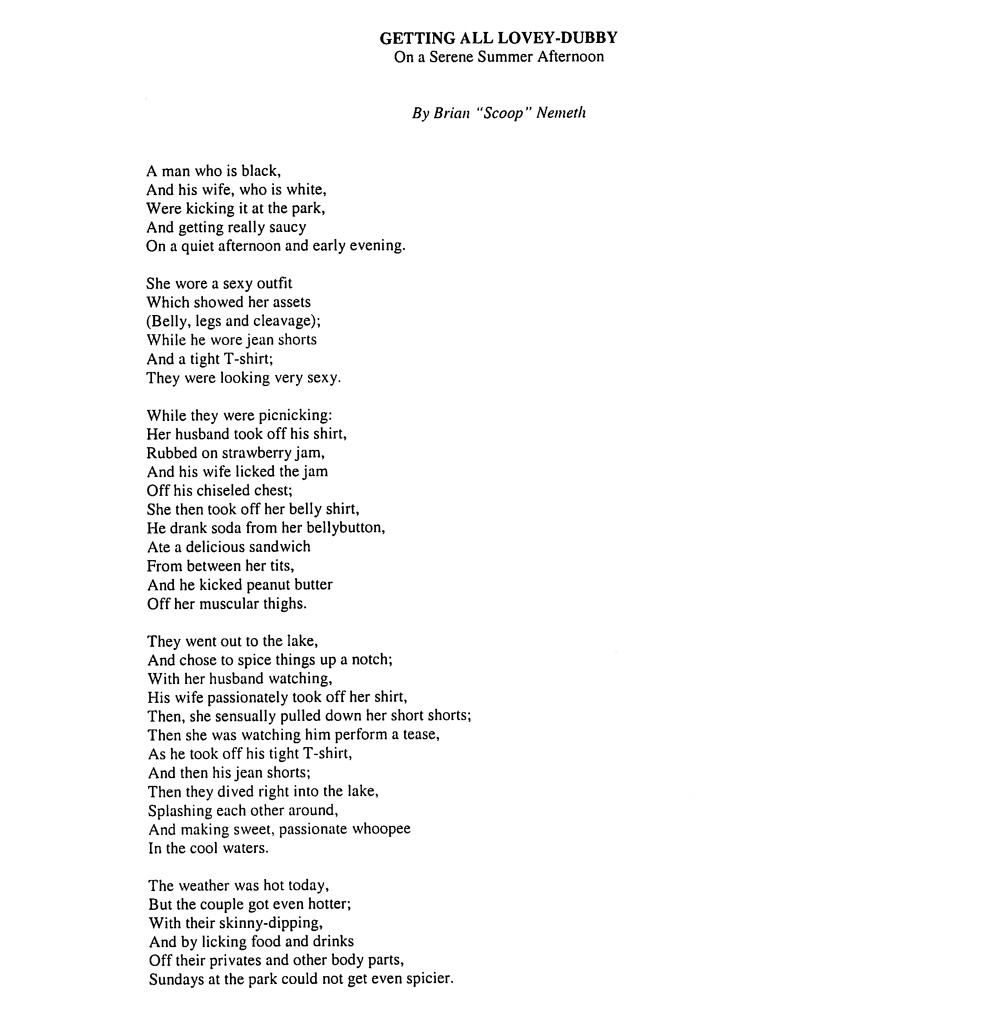 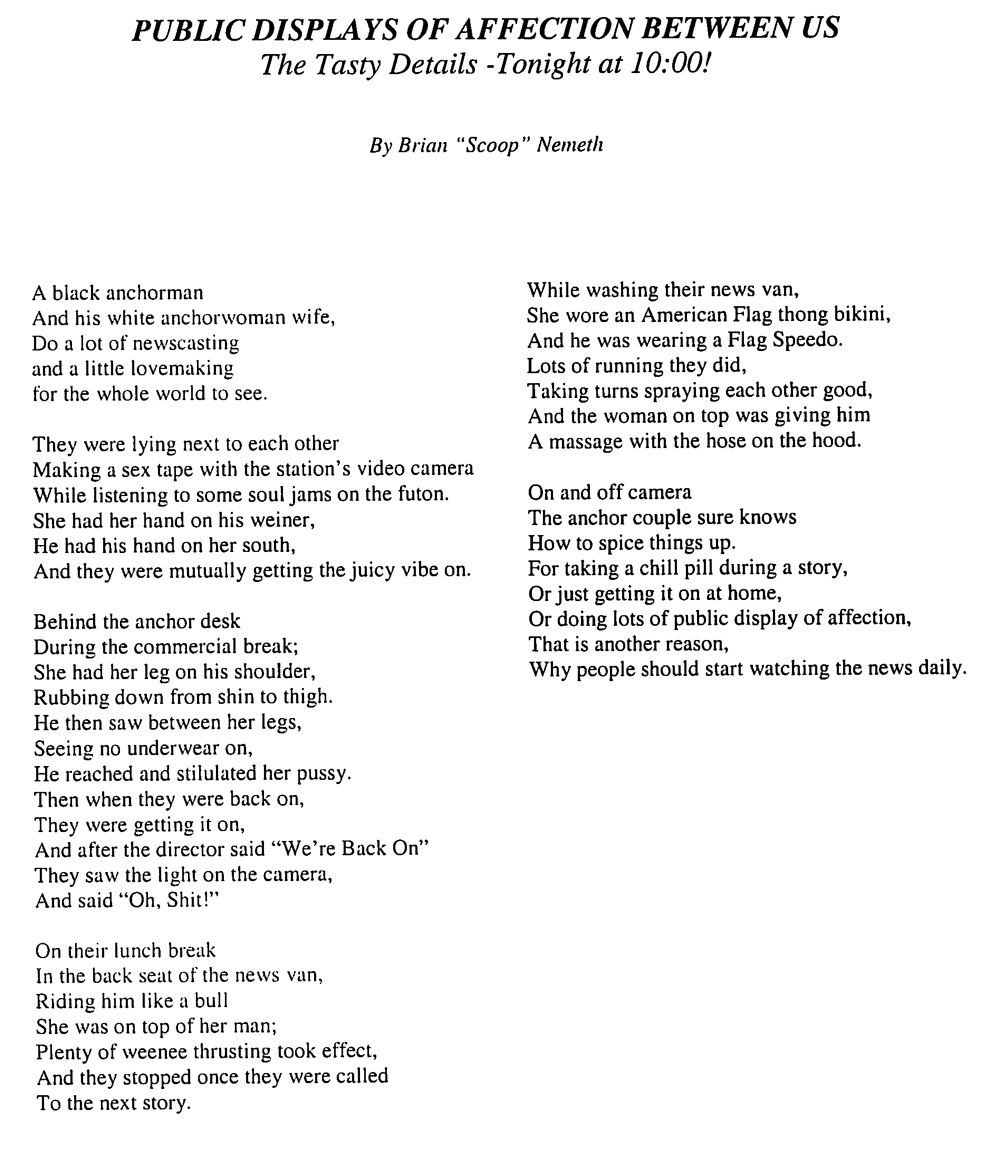 Brian "Scoop" Nemeth PUBLIC DISPLAYS OF AFFECTION BETWEEN US The Tasty Details - Tonight at 10:00! 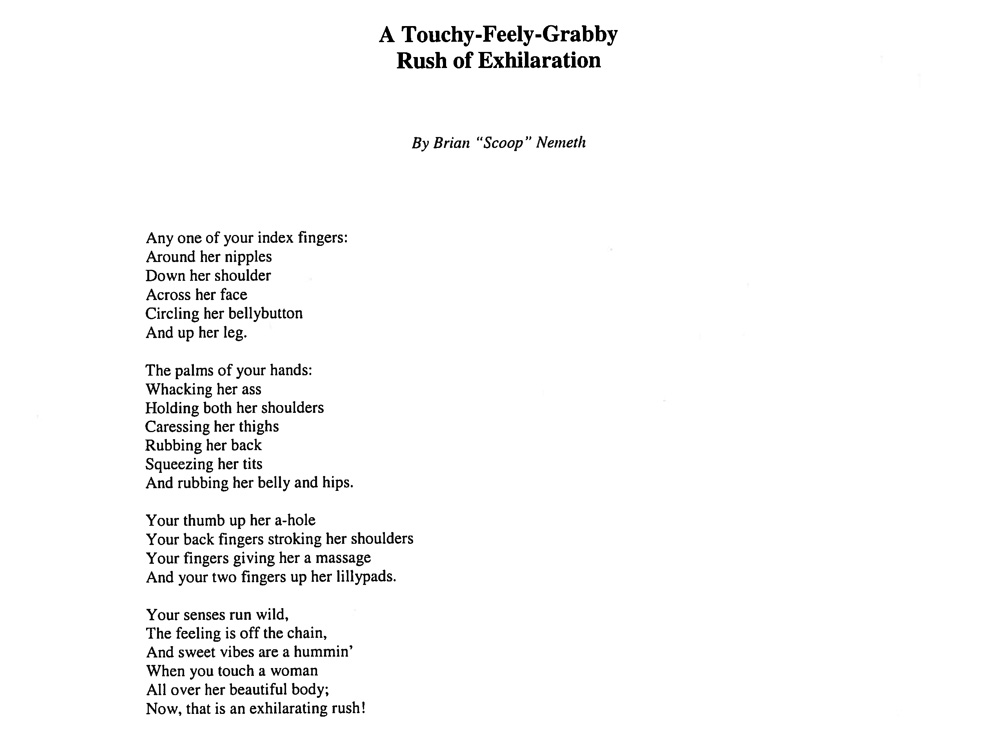 (Many poems in the slideshow NSFW or young eyes.)

In this episode of Wish We Were Here, we tell the story of Colorado Springs native Brian "Scoop" Nemeth, a man with high-functioning autism whose singular goal in life is to become "The Black Bill O'Reilly" — a national news and opinion anchor on the Fox News Network's prime-time broadcast.

Now 34, Brian has gotten closer to his goal than anyone ever thought he could. He first made a name for himself in Colorado Springs, Colorado, selling original, erotic and profanity-laden poems while studying journalism at Pikes Peak Community College. Then, against all expectations, he moved to Denver, where he's spent the better part of the last four years building a following through his YouTube videos and feature reports on public access TV. But he's up against a culture that doesn't put people like him in front of the camera during prime time. Still, he has many supporters and fans who believe he'll someday make it big.

Living on a meager monthly SSI payment, and still 2 years away from getting his bachelor's degree at Metro State College in Denver, the culture will need to catch up with him soon if he's going to reach his goal.

Don't forget to subscribe to our podcast on iTunes to get all the latest episodes of Wish We Were Here downloaded directly to your computer/smartphone! While you're at it, give us a rating in the iTunes Store--it only takes a minute, and it helps us reach a wider audience! Click HERE.